Afghan Commandos That Were Trained by US Navy SEALs Are Being Recruited to Fight for Russia in Ukraine, Report Says 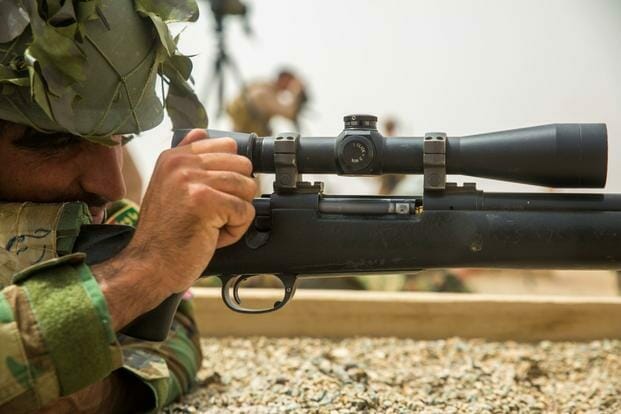 Afghan commandos that were trained by the United States are being recruited to fight for Russia in Ukraine, according to a report from Foreign Policy.

Members of Afghanistan’s elite National Army Commando Corps were left behind by the United States when the Taliban took control of the country in August 2021.

Now, commandos say they are being contacted on WhatsApp and Signal with offers to fight for Russia, according to the outlet.

The messages, seen by Foreign Policy, say: “Anyone who would like to go to Russia with better treatment and good resources: please send me your name, father’s name, and your military rank.”

Military and security officials in Afghanistan told the outlet that they fear up to 10,000 commandos could be tempted by such an offer, as many of them were left jobless and fearful for their life as they became targets for the Taliban.

“They have no country, no jobs, no future. They have nothing to lose,” one military source told the outlet.

One former Afghan commando officer told Foreign Policy that he believed the shadowy Wagner Group was behind the recruitment drive.

“I am telling you [the recruiters] are Wagner Group. They are gathering people from all over. The only entity that recruits foreign troops [for Russia] are Wagner Group, not their army. It’s not an assumption; it’s a known fact,” he said.

Earlier this year a video emerged of the group’s suspected founder Yevgeny Prigozhin, a close Putin ally, recruiting prisoners from Russian jails to fight in Ukraine in exchange for shortened sentences.

Thousands of the Afghan commandos fled to neighboring countries following the Taliban takeover last year, and many are now losing hope in the possibility that they could be settled in Western countries. Many are still in hiding in Afghanistan.

Afghan media reported that soldiers were being offered Russian citizenship in exchange for fighting in Ukraine.

One former Afghan commando captain, 35, told Foreign Policy that he had helped connect colleagues with a recruitment office in Tehran, and those who took up the offer were flown to Russia via Iran.

“When they accept Russia’s offer, the commando personnels’ phones are turned off. They proceed very secretly,” the commando, who is himself hiding in Afghanistan, said.

He said that he turned down the offer because he views Russia as Afghanistan’s enemy after the Soviet Union sparked a nine-year war by invading Afghanistan in 1979, but that others might have taken it up out of desperation.

“We are very disappointed. For 18 years, shoulder to shoulder, we performed dangerous tasks with American, British, and Norwegian consultants. Now, I am in hiding. I am suffering every second,” he told the outlet.

The Afghan Elite National Army Commando Corps, made up of 20,000 to 30,000 volunteers, was partly trained by U.S. Navy SEALs and the British Special Air Service, per Foreign Policy.

While, in general, the Afghan National Defense and Security Forces were seen as incompetent, the commandos were well respected.

A former senior Afghan security official, speaking anonymously to Foreign Policy, said that the Afghan fighters “would be a game-changer” in the war.

© Copyright 2022 Business Insider. All rights reserved. This material may not be published, broadcast, rewritten or redistributed.