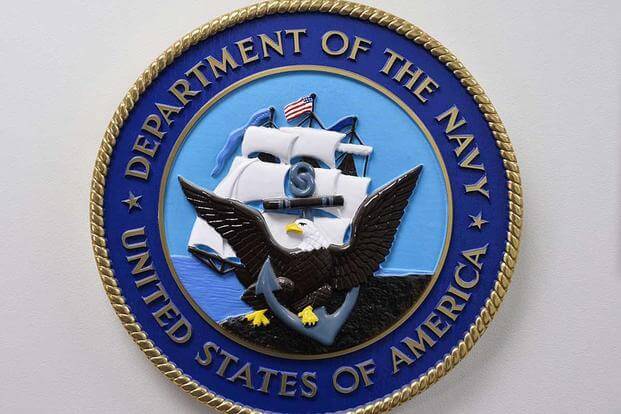 SAN DIEGO — Leonard Glenn Francis, the military contractor better known as “Fat Leonard,” will not be called by the prosecution to testify against five former naval officers charged with accepting bribes from him, it was revealed in court Monday.

Prosecutors did not address why they are forgoing testimony from Francis, the mastermind of the long-running conspiracy who has already pleaded guilty and been cooperating with the government for years. Nor do they have to.

Francis, nicknamed for his immense physique, has billed himself as the prosecution’s star witness and has been biding his time under house arrest in San Diego waiting for a moment that is now unlikely to happen.

The five naval officers currently on trial are accused of accepting bribes — including the services of prostitutes, high-end hotel suites and lavish dinners — from Francis while in Southeast Asian ports. Francis’ Singapore-based business serviced visiting Navy ships, and he depended on certain officers’ influence and access to military intelligence to continue earning millions of dollars from Navy contracts.

Before the trial began on Feb. 28, Francis’ name appeared on the prosecution’s list of 63 potential witnesses to call.

On Monday, prosecutors were asked by the judge to provide a list of their remaining witness to call — a list that was not disclosed publicly in court. But in unrelated oral legal arguments, the defense asserted that Francis’ name was not among culled list of witnesses.

Francis’ attorney could not be immediately reached for comment Monday.

Francis pleaded guilty in 2015, and his sentencing hearing has been continued to be postponed, pending the trial. He has been allowed to remain under house arrest while he is treated for cancer.

Francis has always been anticipated to be a bit of a loose cannon on the stand because of his intimate knowledge of events, his ax to grind with the Navy and his braggadocios air. That was on full display late last year, when he recorded a secret podcast with a former Wall Street Journal reporter that had him for the first time publicly speaking freely of the long-running scheme.

Francis dropped several scintillating details in the podcast — including that he still has sex tapes of Navy officers locked away somewhere — which defense attorneys have said they would use to impeach him on the stand if called to testify. Francis’ reliability as a witness was hammered in the defense’s opening statements to the jury.

In a three-day evidentiary hearing on a separate issue last week — to determine if prosecutors improperly withheld exculpatory evidence — defense attorneys repeatedly asked prosecutors why there was a last-minute effort in the weeks before trial to track down prostitutes who would be willing to come to San Diego to testify. The implication was that securing prostitutes’ testimony was a kind of Plan B to putting Francis on the stand.

In one heated exchange, Joseph Mancano, an attorney for the lead defendant, former Capt. David Newland, pressed the lead investigative agent as to whether Francis would be testifying.

“You’re telling me, as you sit here today, that you don’t know whether Leonard Francis is going to be called to testify?” Mancano asked. The agent repeated that he did not know.

Ten prosecution witnesses have already been called during the first 10 weeks of trial. The prosecution estimates it will take another two weeks to present their side of the case. Witnesses coming up include former Navy Cmdrs. Stephen Shedd and Jose Sanchez, who have already pleaded guilty to bribery.

Francis’ testimony would have arguably tacked several more days onto the trial.

U.S. District Judge Janis Sammartino has urged attorneys to quicken the pace of the trial, which was already anticipated to be long but has lagged.

“Sharpen your pencils, both sides. You can do this in half the time, absolutely,” Sammartino said Friday.

Once the prosecution rests, attorneys for the five defendants anticipate another four weeks roughly of trial, then a few days of closing arguments.

The judge has yet to rule on forthcoming motions regarding the allegations of evidence mishandling and has ordered the trial to continue in the meantime while she waits for them to be filed and she takes time to consider them. A defense attorney said he anticipates filing a motion for a mistrial later Monday, and prosecutors will have one week to respond.