Fire Aboard USS Milwaukee at Florida Naval Base 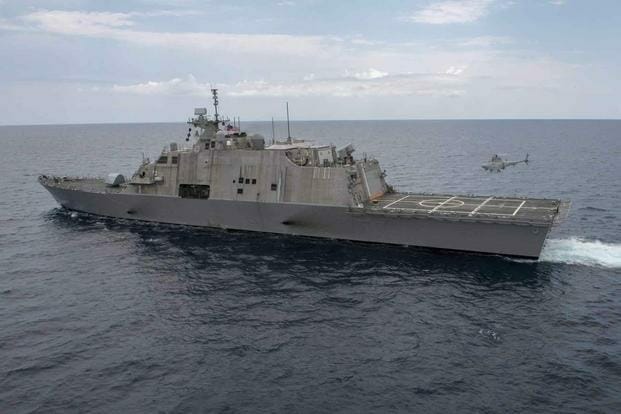 Update: A statement released by the Navy Friday evening said that the fire started at about 1:41pm EST and that it was an electrical fire. The Navy added that the service will be investigating the fire’s cause and is still determining the extent of the damage.

A fire broke out onboard the USS Milwaukee, a littoral combat ship based at Naval Station Mayport near Jacksonville, Florida, Friday afternoon, with reports first appearing on a social media feed.

Military.com reached out to Jacksonville Fire and Rescue, which confirmed that the department responded to a call for assistance at the base, but an official would not disclose any further information, deferring to the Navy. A Navy spokeswoman confirmed that a fire took place aboard the ship and that it has now been extinguished.

A Twitter account that specializes in open-source intelligence told Military.com that while monitoring the base’s fire department radio transmissions, they heard initial reports of white smoke coming from the ship just before 2 p.m. Once firefighters arrived on scene, scanner traffic indicated that a major fire had broken out aboard the USS Milwaukee.

Although the fire was quickly extinguished, scanner traffic suggested that four sailors had been temporarily trapped by the fire and were evaluated for heavy smoke inhalation, the account reported.

The account also noted that there were reports of at least three nearby ships sending firefighting teams to aid the Milwaukee.

The Navy said that it is now de-smoking the affected spaces aboard the ship and that all Navy and contractor personnel are safe and accounted for.

This is a developing story, and it will be updated when more details are available.

Related: At Least 9 Helicopters Damaged, Blown Over in Norfolk Storm