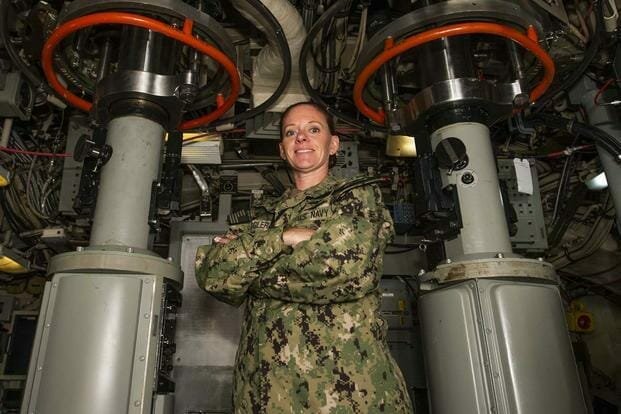 The Navy’s submarine community has announced a new historic first for women in the silent service: the first top enlisted sailor on a submarine.

In a statement released Wednesday, the Navy announced that Master Chief Information Systems Technician (Submarine) Angela Koogler joined the Gold crew of ballistic missile submarine USS Louisiana as their Chief of the Boat on Aug. 22, 2022.

Koogler, who has been in the Navy for 20 years, remarked that both her journey and that of female sailors is far from over. “We need to keep breaking down the barriers so that it just becomes all Sailors,” she said in the statement. “It’s important to integrate everybody and it shouldn’t matter as long as they get the job done.”

The history of women aboard U.S. Navy submarines is limited, as female officers were only allowed to serve on submarines starting in 2011. Enlisted sailors followed in 2016. The process was also not without trouble and controversy.

There was an incident aboard the USS Wyoming in 2014 where sailors were caught secretly video-taping female submariners undressing and showering. Then, in 2019, sailors aboard the USS Florida were investigated and punished over allegations of a “rape list” of female sailors stationed aboard the submarine. That boat was the second submarine to integrate women.

Koogler was one of the first enlisted sailors to volunteer to serve on submarines. Wednesday’s press release noted that she reported to her first submarine, the guided-missile submarine USS Michigan, in May 2016.

“Every time I was up for orders, I was always looking for something different and challenging,” Koogler said. “When it was announced that enlisted women could apply for submarines, with some encouragement from my Sailors, I went ahead and applied.”

“Now there’s a path to the top of the submarine force,” he added.

For her part, Koogler said she is not ready to rest on her achievements. The sailor now has her eyes set on becoming a Command Master Chief — a top enlisted leader in a Navy command.

“Now that I’ve converted to the submarine force I have to serve as chief of the boat before I can go into the CMC world, so this is just another stepping stone,” she said.