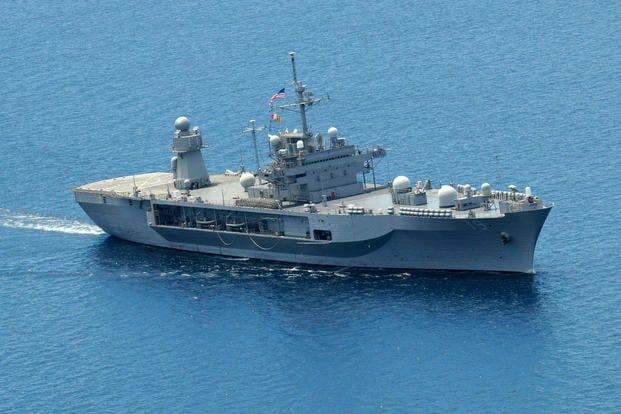 As a lieutenant commander in 2008, Stephen Shedd never considered reporting the gifts and favors that he said some of the senior staff of the Navy’s Seventh Fleet exchanged with the military contractor known as ” Fat Leonard.”

For starters, Shedd himself was engaged in much of the same alleged behavior — accepting hotel rooms, meals and the services of prostitutes from Leonard Glenn Francis, the gregarious contractor nicknamed for his girth.

Besides, even if Shedd had wanted to report misconduct by his superiors, he had no confidence it would go anywhere.

“We had an understanding of mutually assured destruction,” Shedd testified Thursday to a jury. “We’d all go down in flames or we’d all be protected.”

The hammer eventually fell, in 2017, when Shedd and eight other former naval officers were together indicted on bribery and conspiracy allegations, as part of Francis’ ongoing scheme to corrupt strategically placed military members. Francis owned a Singapore-based husbanding company, which serviced visiting Navy ships in ports across Asia, and he counted on the influence and intelligence of naval officials to help him compete for contracts worth millions of dollars.

His testimony jumped from port to port — Thailand, Singapore, Malaysia — as he detailed the “Spring Swing” on which the Seventh Fleet’s command ship, the Blue Ridge, embarked in 2008.

Officially, the ship and its command staff were making port calls to improve naval relations with five foreign allies. Unofficially, it was a chance for some of the highest-ranking officers to party large with Francis — attending gourmet dinners, staying in posh hotel suites and socializing, often privately, with prostitutes on his dime, Shedd said.

Shedd, the fleet’s South Asia policy and planning officer at the time, was among the lowest ranking of the bunch. He primarily acted as a go-between messenger for Francis and some of the Blue Ridge officers, including Lausman, Loveless and Dolan, according to his testimony. He was key in organizing several “boys night out” parties that Francis hosted, including coordinating schedules and communicating plans, he said.

Much of the coordination happened over emails, many of which were displayed to the jury.

He also joined in some of the festivities himself.

In a hotel suite in Jakarta, Indonesia, Dolan, Loveless and another officer were entertained by Francis, Shedd said. The host then paired each up with a prostitute, and hand-in-hand the couples left for private rooms, Shedd testified.

With the important guests handled, Francis turned to Shedd, motioned to the remaining women in the suite and said “Go ahead if you want,” Shedd recalled. So he did, grabbing a woman by the hand and having sex with her in his own room, he said.

The group had to be especially covert that night, Shedd testified, because the admiral had issued a no-liberty policy for that port visit, prohibiting sailors from leaving the ship unless on official business.

In Manila, it was less of a plan. Just meet up at Francis’ room, the opulent Presidential Suite at the Makati Shangri-La. The party consisted of nine military members, including Shedd, Loveless, Dolan and Lausman, plus prostitutes, Shedd testified. Some, including Dolan, were summoned into an adjoining office to meet privately with Francis, he said, a practice he had seen before.

The group was dancing and drinking from a case of Dom Perignon or Cristal champagne that the butler had delivered to the room, Shedd said. Again, Francis paired off women with men, including Loveless and Dolan, who left the party for their own rooms, Shedd said.

The party continued the following evening in the same vein, this time with 10 to 15 women. Lausman was not present, Shedd said. But he acknowledged he doesn’t remember much more. “I was pretty intoxicated,” he testified.

As the go-between, Shedd said he was also often the one to pass on the confidential military information Francis was seeking, such as upcoming plans for ship movements. When the Navy went a different direction than expected and passed over Francis’ company for a contract in Vladivostok, Russia, Shedd ran interference after coordinating with Lausman and Dolan, Shedd said.

The group had especially wanted Francis to get the contract — he had promised in an earlier toast to host another good time when the Blue Ridge arrived in Russia, Shedd said.

The last outing Shedd organized was the fall of 2008, days before he was set to transfer out of the Seventh Fleet for a post in Tennessee. It was karaoke bar-hopping in Tokyo with Dolan, Francis and Herrera, he said. At the advice of another officer, Shedd was training Herrera to take over his Francis coordination duties, Shedd said.

Francis had brought along his own female companion that night, and they befriended another woman at the bar, but it was Shedd’s understanding that there were no prostitutes on the agenda that evening. When they returned to their individual rooms, one of the companions called Shedd to complain that a man was banging on her door. It was a “quite intoxicated” Dolan, Shedd testified.

He said Dolan told him in the hallway, “I want to get in there and (expletive) one of those girls.”

Shedd said he had to wrestle Dolan, putting him into a headlock, to get him to go to his room.

Shedd was later promoted to commander, attributing it to his hard work in the Seventh Fleet but also to the relationships he had formed with some of the defendants.

He is expected to continue testimony on Monday, when he will be cross-examined by the defense. Shedd is believed to be among the final few prosecution witnesses to testify in the trial, now in its 10th week, before the defense puts on its case.