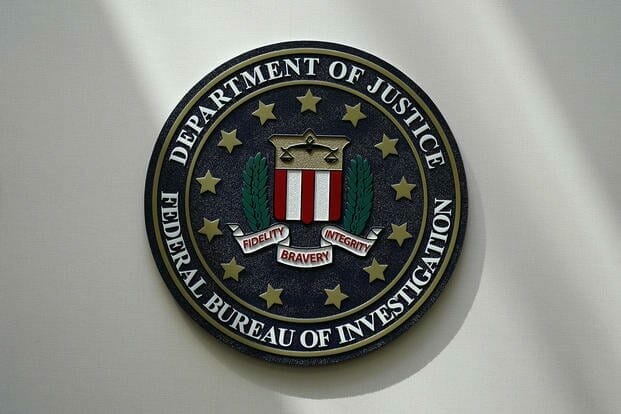 The gunman who tried to breach the FBI’s Cincinnati office and engaged officers in a standoff that lasted hours before his death served on a nuclear submarine in the Navy and later in the National Guard.

Ricky Walter Shiffer Jr., 42, is accused of trying to break into the FBI field office in Cincinnati, Ohio, on Thursday morning while armed, according to statements from the FBI and Ohio State Highway Patrol. Accounts appearing to belong to Shiffer posted numerous violent messages in recent weeks, escalating after former President Donald Trump’s home was searched by the FBI on Monday.

Multiple reports citing unnamed law enforcement officials say he fired a nail gun and also had an AR-15-style rifle. He ultimately died after a shootout with police on a rural stretch of road.

The Navy confirmed that Shiffer served in the branch between 1998 and 2003. After enlisting in Pennsylvania, he became a fire control technician and served a single tour aboard the submarine USS Columbia out of Pearl Harbor, Hawaii. Navy records show he earned no awards or decorations and separated in June 2003 at the rank of E-5.

Submarine service is generally more secretive and restricted than serving on a surface ship, owing to the covert nature of submarine missions and the weapons and equipment they can carry. As a fire control technician, Shiffer would have been responsible for the maintenance and operation of the gear used to target and fire the Columbia’s weapons.

After leaving the Navy, Shiffer served for three years in the Florida National Guard as an infantryman. During his time with the Guard, he deployed once to Iraq, before being honorably discharged in 2011 as an E-4, according to records from the National Guard.

Shiffer’s social media posts on Twitter and Truth Social — all of which have been removed since the shooting — showed that he frequently engaged with right-wing conspiracies and suggested a need for violence. Experts have been warning that, following Monday’s FBI raid, active calls for violence have skyrocketed on far-right social media spaces.

According to data gathered by extremist researcher Kris Goldsmith, Shiffer’s tweets included a reply to Rep. Marjorie Taylor Greene, R-Ga., posted in May that alleged “they got away with fixing elections in plain sight … the next step is the one we used in 1775.”

In another Twitter exchange in May, Shiffer said people should “save ammunition, get in touch with the Proud Boys and learn how they did it in the Revolutionary war.”

Goldsmith, who runs Sparverius, a firm that analyzes domestic extremism data, found that Shiffer replied to other notable icons on the far-right like Dinesh D’Souza, Donald Trump Jr., and Sean Hannity.

On Truth Social — a social media platform founded by former President Donald Trump — Shiffer’s rhetoric was far more violent. According to reporting from The Washington Post, shortly after the FBI raid on Mar-a-Lago, Shiffer wrote: “Be ready to kill the enemy … Kill [the FBI] on sight, and be ready to take down other active enemies”

On Aug. 8, the day of the search, Shiffer wrote: “People, this is it. … this is your call to arms from me. Leave work tomorrow as soon as the gun shop … opens, get whatever you need to be ready for combat. We must not tolerate this one,” the Post reported.

When Shiffer was unsuccessful in breaking into the FBI office, just days after his posts on Truth Social, he allegedly fled the scene in a Ford Crown Victoria, and Highway Patrol officers found him driving on Interstate 71.

After officers followed him on the highway for about 20 minutes, he pulled off, got out of his car on a rural road, and he and Highway Patrol officers exchanged gunfire, according to the Highway Patrol statement.

Shiffer and officers then engaged in a hours-long standoff. After what the Highway Patrol described as failed negotiations, officers tried to use “less lethal tactics” to get him into custody. But when Shiffer raised a firearm, officers fired at him, and he died from his wounds at the scene, the Highway Patrol said.