It’s the Navy’s Birthday, and Everyone Is Celebrating with Russian Ships 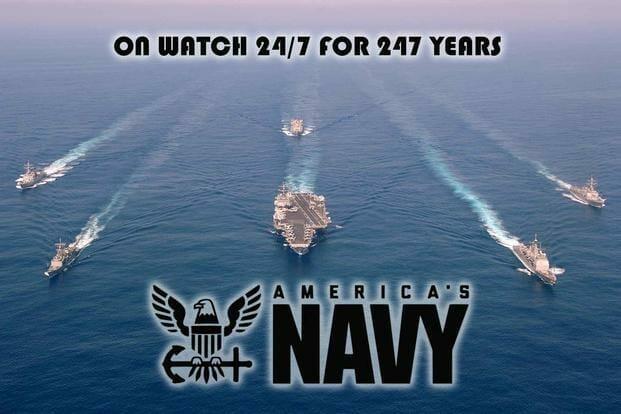 The Navy turns 247 today, and like all good birthdays, it comes with plenty of well-wishing and greeting cards. Sadly, Russia seems to be crashing the party.

As scores of government officials, brands and even journalists turned to social media to wish the U.S. Navy a happy birthday, some have elected to use pictures of warships that don’t belong to the American fleets. They’re Russian.

In just one example of a government agency forgetting the difference between ships and корабли, the Twitter account for the Customs and Border Protection (CBP) job recruitment department tweeted out a birthday message Thursday morning, since deleted, that was set against a gorgeous sunset image of three Russian warships moored in a river of a major city.

Read Next: ‘Instructed Not To Call 911’: Report Reveals Confusion, Failure and Fear in SEAL Candidate Death

Meanwhile, Carlos Martel, the director of field operations for the CBP’s Los Angeles office, sent the Navy birthday greetings, also subsequently deleted, with a graphic that featured both a Russian warship and fighter jets amid the Navy seal and the Statue of Liberty, for good measure.

Then there was Esther Joy King — a congressional hopeful for Illinois’ 17th district — who went with a dramatic photo of a Russian Slava-class cruiser taken from the water and set against an evening sky for her birthday wish. The choice of ship is a bit striking since it’s the same class as the Moskva — the flagship of Russia’s Black Sea fleet that was sunk by Ukraine in mid-April.

Rep. Doug LaMalfa, R-Calif., went with a shot of three Russian ships at sea. A handful of local TV news stations went with the same image of three Russian warships, complete with decorative flags hoisted stem to stern, anchored neatly in a line.

To be fair, the goofs are far from new or unique. In 2012, the Democratic National Committee showed Russian ships in its tribute to veterans. The Air Force’s birthday usually draws a few foreign jets into its imagery, and occasionally public officials and brands will mix up the Army and Marine Corps, too.

It even happens in Russia. Earlier this summer, an image of a Russian Navy Day poster cropped up online that featured a U.S. Nimitz-class aircraft carrier.

For its part, the Navy is taking its birthday as an opportunity to release some slick new videos that are guaranteed to feature only American gear.

The sea service said that it is commemorating the day “by premiering its latest ‘Forged by the Sea’ marketing campaign, developed to change Gen Z’s current mindset about Navy service,” according to a press release.

The campaign, which features a variety of new ads, is aimed at 17- to 24-year-olds and will run “on the digital and social media platforms most popular with Gen Z.”

Related: US Army Misses Recruiting Goal; Other Services Squeak By