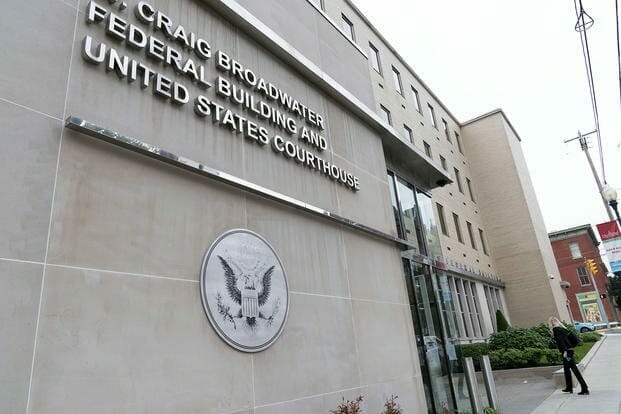 A federal judge rejected Tuesday the government’s proposed prison sentences, saying they were too lenient, for former Annapolis-based Navy engineer Jonathan Toebbe and his wife, six months after they pleaded guilty to a conspiracy to sell classified nuclear submarine secrets to a foreign government.

U.S. District Court Judge Gina Groh for the Northern District of West Virginia said the proposed sentences for Toebbe, 43, and his wife, Diana, were “not in the best interest” of the country.

Prosecutors sought to have Jonathan Toebbe sentenced to anywhere between 12 1/2 years and 17 1/2 years, and for Diana Toebbe, 46, to serve three years in prison.

As a result, the Toebbes withdrew their guilty pleas and Groh set a new trial date for Jan. 17, but it is likely the government and the Toebbes will reach new plea agreements before then.

Jonathan Toebbe was a naval officer with top-secret security clearance and had worked on projects related to nuclear submarine propulsion since 2012. Diana Toebbe was a humanities teacher at Key School in the Annapolis area.

Publicly, the Toebbes were a normal suburban couple — Diana Toebbe posted knitting videos online and they lived in the Hillsmere Shores neighborhood, a suburb of Annapolis, with their two kids. Privately, they were spies intent on selling some of America’s military secrets to a foreign government.

Authorities, in public and in court papers, have never revealed to which country the Toebbes sought to sell the information.

Groh said the Toebbes’ would-be sentences were too lenient, and that low-level drug dealers often are sentenced to prison “way longer” than the 36 months the government sought for Diana Toebbe.

Prosecutors and Diana Toebbe’s lawyer, Barry P. Beck, argued her lack of defense expertise and limited involvement, as well as the stigma with her crime, made three years an appropriate sentence.

“She will be labeled a spy for the rest of her life,” Assistant U.S. Attorney Jarod Douglas said.

Beck called the conviction a “scarlet letter” that will live with his client forever.

Groh also thought Jonathan Toebbe’s proposed sentence, between 12 1/2 and 17 1/2 years, was light considering the extent of his espionage. Jonathan Toebbe had secretly been smuggling out information about the Navy’s Virginia-class attack submarines, a highly sophisticated nuclear-powered boat carrying cruise missiles that could run for 33 years without refueling.

Vice Admiral William Houston commands the Navy’s Atlantic-based submarines and said in a statement to the court that Jonathan Toebbe’s attempted espionage would have threatened the country’s naval advantages.

“Mr. Toebbe captured some of the most secure and sensitive information about our nuclear-powered fleet,” Houston wrote. “A critical component of national defense has been irreparably compromised.”

In April 2020, Jonathan Toebbe sent his first letter to the unnamed government with a sampling of some of the information he had, telling the recipient to contact him by the end of the year if they wanted to purchase more information.

“I apologize for this poor translation into your language,” Jonathan Toebbe wrote in that letter. “Please forward this letter to your military intelligence agency. I believe this information will be of great value to your nation. This is not a hoax.”

In December 2020, days before his stated deadline, the foreign recipient shared the letter and documents with the FBI, which then launched an investigation into the couple.

For more than a year undercover agents communicated with Jonathan Toebbe using an encrypted email service, posing as foreign agents and facilitating four document drops in West Virginia, Pennsylvania and Virginia. Jonathan Toebbe would download the classified materials onto SD cards, secreting them away in peanut butter sandwiches or bubblegum packages and leaving them at predetermined locations.

“This information was slowly and carefully collected over several years in the normal course of my job to avoid attracting attention and smuggled past security checkpoints a few pages at a time,” the FBI quoted Toebbe as messaging them, according to court records. “I no longer have access to classified data so unfortunately cannot help you obtain other files.”

Over the course of his faux-espionage, Jonathan Toebbe divulged thousands of pages of classified documents with schematic designs, operating parameters and performance characteristics of the submarines to FBI agents posing as foreign agents.

Originally, Diana Toebbe had pleaded not guilty, and JonathanToebbe expressed optimism she could be exonerated. But later, in his Feb. 14 plea agreement, he identified one lone co-conspirator in his plot: His wife.

On three occasions, Diana Toebbe served as his lookout and FBI agents paid him the equivalent of $100,000 in cryptocurrency for the documents. On one occasion, the couple posed as tourists on a hike in West Virginia, with Diana Toebbe watching as her husband placed the sandwich with the SD card inside it.

Federal agents were watching, too, capturing that drop and the others on video.

“It was good tradecraft,” Special Agent Peter Olinits said in October about the couple’s tactics for avoiding surveillance.

Jonathan Toebbe, in an encrypted message with FBI agents posing as a foreign entity, said he expected there could come a time his family would need to leave the country on short notice.

“Should that ever become necessary, I will be forever grateful for your help extracting me and my family,” he wrote. “I surmise the first step would be unannounced travel to a safe third country with plans to meet your colleagues. We have passports and cash set aside for this purpose.”

When agents raided the couple’s suburban home last October, they found items suggesting the family of four was ready to flee the country at a moment’s notice: more than $11,000 in cash consisting of $100 bills wrapped with rubber bands, their kids’ passports, a backpack with a computer and a cryptocurrency wallet.

Toebbe signed every encrypted email as “Alice,” describing the format of the information he provided and often expressing concerns about the possibility that he may be communicating with law enforcement, which he regularly referred to as “adversaries.”

“Thank you for your partnership as well, my friend,” Jonathan Toebbe wrote in an encrypted email to a federal agent. “One day, when it is safe, perhaps two old friends will have a chance to stumble into each other at a cafe, share a bottle of wine and laugh over stories of their shared exploits.”

© Copyright 2022 The Baltimore Sun. All rights reserved. This material may not be published, broadcast, rewritten or redistributed.