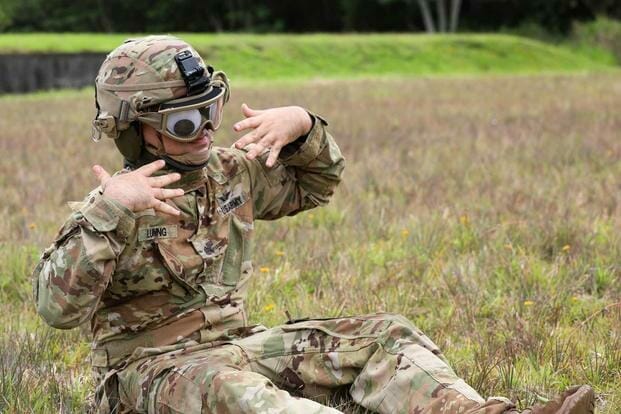 This week in the military, some justice is on the horizon for veterans affected by toxic exposure as legislation moves through Congress; three veterans have gone missing in Ukraine, with two feared captured by Russian forces; and changes to the military justice system see new light in Congress’ annual defense bill. Military.com also discovered that five of the 31 Patriot Front extremists arrested in Idaho last week have ties to the military.

Related: Firefighting Foam in Water Near Bases Gets Congressional Attention

A military working dog barks during a demonstration for Todd Gurley, a former NFL running back who toured Andersen Air Force Base in Guam on June 11, 2022. (Airman 1st Class Lauren Clevenger/U.S. Air Force)

Related: Navy EOD Operators Are Heading Back to Sea After Clearing Bombs in Iraq and Afghanistan

Related: Airmen Get Goofy at Minot Air Force Base