Navy Offers $25,000 to All Recruits to Ship Out Quickly 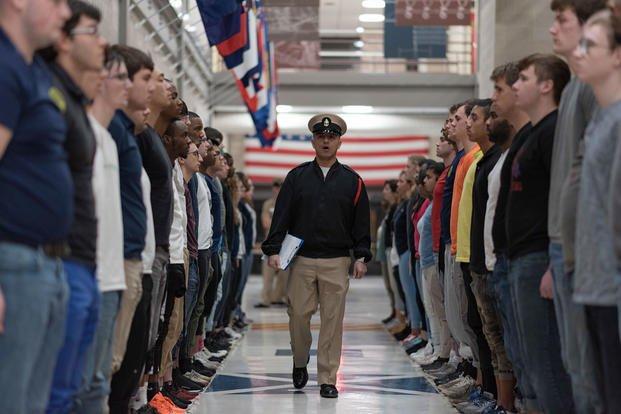 The Navy announced Thursday that it is offering a $25,000 signing bonus to recruits for any rate as long as they are willing to ship off to boot camp before summer.

The sea service, in a press release, said the bonus applies to “anyone who enlists Active Duty” and is willing to start boot camp between April and June of this year.

“The Navy is the only U.S. military branch currently offering this high of an enlistment bonus for any new enlistee,” the service boasted.

The press release adds that the bonus will stack with other recruitment incentives that target specific specialties. As a result, “the enlistment bonus could be as high as $50,000,” the service said.

Navy recruits who have recently signed up but aren’t shipping out until the July to September time frame can opt to move up their departure and cash in as well.

A recent Rand Corp. study showed that, while the pandemic made it harder for the military services to recruit new personnel, the Army, Navy and Air Force all managed to increase the number of troops in their ranks in 2020 compared to the year before.

In 2021, the Air Force said it hit its recruiting targets for the first time in five years.

Despite that data, the Navy is joining the Army in offering eye-widening sums of money to get new recruits. Its offer comes just days after the Navy said in its latest budget request to Congress that it expects to see a decrease in active-duty personnel over the next five years.

According to documents released at the end of March, the Navy, which currently has just under 347,000 sailors, anticipates having 340,900 by fiscal 2026. In last year’s budget, the service told Congress it expected to have 345,700 sailors by that time.

Those same documents also predicted a significant dip in reserve numbers over the next several years. The Navy told lawmakers it expects to have about 10,000 fewer sailors in the reserves over the next three years, compared with last year’s estimates.

In the Army’s case, it started offering up to $50,000 in January, though its website notes that a recruit would need to combine several bonuses on offer for “shipping out quickly, having in-demand skills or following certain career paths” to hit that top figure.

Still, that is more than double what was allotted at the peak of the post-9/11 wars.