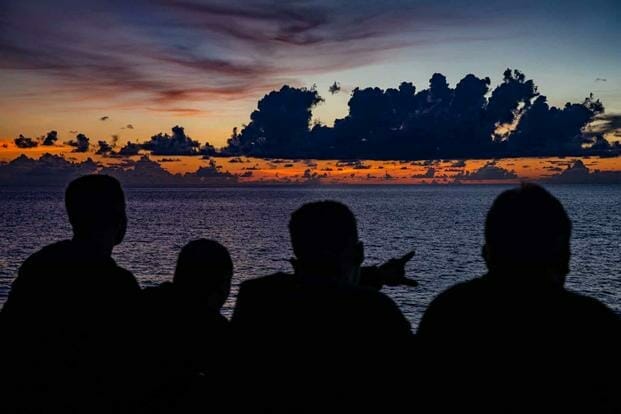 The Navy is telling clerks to forgo having some sailors review and sign a key piece of separation paperwork, the documentation that can significantly shape a veteran’s life after service, and instead systematically declare that signatures could not be obtained in an effort to deal with a massive backlog.

According to a copy of the service’s policy obtained by Military.com, early in 2021 the Navy instructed clerks processing DD-214 forms for some separating and retiring sailors “to finalize member’s DD-214 by marking it ‘signature unattainable.'”

DD-214s list various details about a person’s service including length, job specialties, awards and, perhaps most importantly, the kind of discharge a service member received. One of the main functions of having a service member sign their DD-214 is it provides an opportunity to ensure the form is accurate.

By omitting this step, sailors may be getting their paperwork slightly faster, but they run the risk of incorrect information, causing issues for new veterans. One sailor who is in the Navy Reserve told Military.com that her efforts to get her DD-214 involved five revisions “because they kept making errors.”

The Navy confirmed that the policy is in effect when asked by Military.com on Thursday. Through a spokesman, Rear Adm. Stu Satterwhite, the commander of MyNavy Career Center and the man who is overseeing the efforts to deal with the backlog, noted that “the DD-214 remains valid even without the Sailor’s signature so long as it is signed by an authorized official.”

“DD-214s marked in this way are valid and do not affect a Sailor’s ability to access any veteran or transitional benefits,” Satterwhite added.

It is unclear when the backlog first began to cause serious problems, but Military.com has reported on the issues it has created for sailors since July. In a September interview with Military.com, Satterwhite explained that the issue stemmed from the Navy’s efforts to consolidate how it processes all kinds of transactions for sailors — not just DD-214s — and that in August the backlog was 789 sailors.

While the forms may be valid even if unsigned by the person whose service history they summarize, the practice is potentially problematic both because of potential errors and because it appears to paper over technical issues with electronic signatures.

The document can be incredibly important as it is key to claiming benefits, applying to government jobs, and generally attesting to details of a military career, with any errors potentially causing disruptions to a veteran’s transition to civilian life.

“I submitted everything for them to put in there — they misspelled my name,” Joan, the Navy reservist who described the need for five corrections, explained. Joan’s name has been changed out of fear of retaliation.

“Two weeks later, it’s fixed, but I’m missing awards,” she added. “You had them there before, I don’t know why they’re not there anymore.”

Military.com reached out to five other sailors who previously spoke to the publication about their problems with getting discharge paperwork. Four said they received copies marked “signature unobtainable.”

One sailor, now-separated James Donald, noted that he “was available for my DD-214, and it still said signature unattainable.”

Another now-separated sailor, Jason Mikulec — the only one of the five with a DD-214 he signed — said he was told “it will come in faster if you don’t sign it” by a personnel clerk. He decided to wait to review a draft and sign the document about two weeks before his last day on active duty. The completed version ended up coming to him three weeks after he separated.

The policy also hints at the fact that getting sailors to access these forms — which are made available on Navy websites — is a struggle, given the backlog as well as technical issues.

The policy that instructs clerks to skip reaching out to service members goes into effect only “if a DD-214 is not finalized within 14 days of a member’s departure from the command on terminal leave” — meaning close to the point where they would likely start to lose access to government computers and card readers that are necessary to log into the Navy website where the forms are posted.

Satterwhite, in his statement, noted that sailors who retain access to the Navy website “are able to verify and sign their DD-214s electronically.” However, this process is not easy to set up on personal computers, and the “frequently asked questions” section of the website details a process that essentially requires sailors to ensure everything is working before they lose access to government computers.

Even if sailors are able to log in, they still struggle with digitally signing the form using Adobe, according to the sailors who spoke to Military.com.

Joan said that there’s an issue with the Navy’s site, BUPERS Online, “where a lot of computers do not upload the Adobe form so once you click on it, sometimes it deletes it.”

“They keep sending me instructions on how to download Adobe and all this stuff. I don’t need that,” Joan said. “I need the actual document — I can’t download it; I can’t see it.”

One separating Navy officer said that he, too, struggled to sign his DD-214 both from personal and government computers.

“I’m a digitally adept person — I downloaded all the [certificates], I did everything they said on the website, I pay for the highest end of Adobe Creative Suite,” he said before adding that “nothing could get me in.”

Finally, another sailor at a command for detaching sailors told him to use Adobe with a Firefox browser on a government computer. That advice did the trick.

“This is a whole organization built on transition, and you got one dude in the corner that can figure this stuff out,” the officer said.

When Satterwhite spoke with Military.com in September, he stressed that he planned to bring in more help by not only increasing the number of sailors who specialize in providing this support to the fleet, but also bringing in more civilian employees as well.

“I see the process improving — not perfect — but improving,” Satterwhite said at the time.