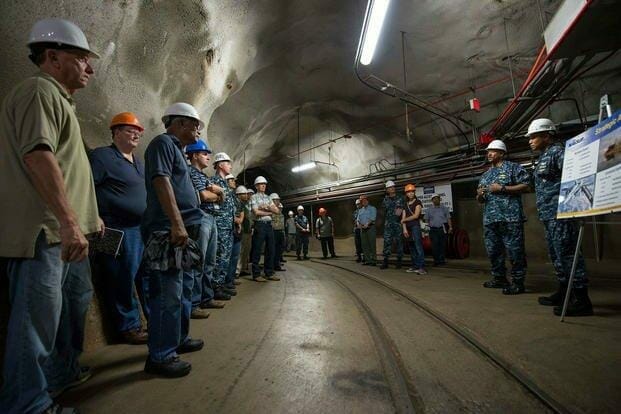 The Navy officer in charge of overseeing a fuel supply facility in Hawaii, where recent spills have contaminated drinking water and displaced thousands of troops and their families, was fired, the service announced Tuesday.

Capt. Albert Lee Hornyak, head of the Navy Supply Command Fleet Logistics Center, was relieved of command by Rear Adm. Peter Stamatopoulos after a “loss of confidence in his ability to perform his duties following a series of leadership and oversight failures at the Red Hill Bulk Fuel Storage Facility,” a statement from the Navy said.

Hornyak’s termination immediately followed news that “no more than 30 gallons” of fuel had been spilled at the storage facility on Friday.

That was the third recent spill at the site. In November, families, troops and pets were sickened by their tap water, which smelled like fuel after 14,000 gallons of fuel leaked, contaminating drinking water. In October, the Navy was fined more than $325,000 after a previous leak.

Those issues, which drew bipartisan ire from Congress, prompted Defense Secretary Lloyd Austin in March to order a year-long process to close down the facility and remove the fuel.

“When we use land for military purposes, at home or abroad, we commit to being good stewards of that resource,” Austin said in a statement. “Closing Red Hill meets that commitment.”

Hornyak has been the commanding officer since August 2021. Rear Adm. Kristin Acquavella will be temporarily assigned to Hornyak’s position until a replacement is found, the Navy said.