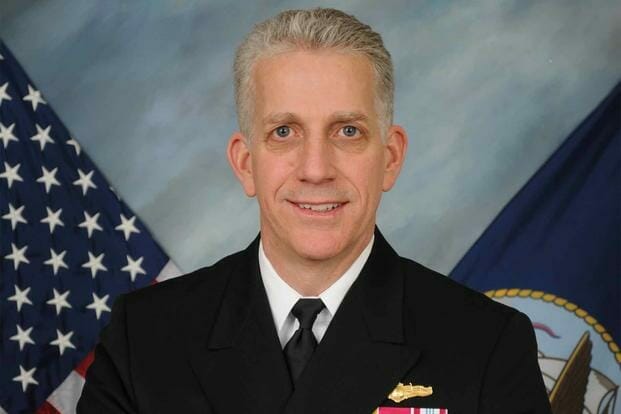 Federal prosecutors have dropped the charges against a retired Navy rear admiral who was involved with a group of officers convicted over their dealings with Malaysian businessman Leonard Glenn Francis, better known as “Fat Leonard.”

A federal judge dismissed the case against Bruce Loveless, a onetime Navy officer who served as the assistant chief of staff for Intelligence for the Pacific-based Seventh Fleet and one of its smaller task groups from around 2005 to 2008.

Loveless, alongside four other Navy officers, faced a range of charges including conspiracy, bribery, lying to investigators and fraud. According to the indictment, the group took “a stream of benefits … including meals, entertainment, travel and hotel expenses, gifts, cash, and the services of prostitutes” in exchange for funneling business to Francis’ company, Glenn Defense Marine Asia.

Read Next: Mold Is Consuming Fort Stewart’s Barracks as a Pattern Emerges Across the Army

According to court documents, Loveless was present for several lavish dinners along with other Navy officers where Leonard would spend thousands. One dinner cited in the indictment occurred on Jan. 29, 2008, when the Seventh Fleet command ship, USS Blue Ridge, pulled into Hong Kong.

Francis paid for a dinner in the Alsace Room of the Petrus Restaurant for Loveless — then a captain — as well as Navy Capts. James Dolan and David Lausman and three others.

About two weeks later, Francis asked Lausman, the executive officer of the USS Abraham Lincoln at the time, to send “a bravo zulu letter” — a formal Navy congratulatory letter — trumpeting the support Francis’ company provided to top Navy officials in the region. Lausman did so.

Another attendee of that dinner, Lt. Cmdr. Stephen Shedd, at the time the fleet’s South Asia policy and planning officer, emailed Francis the classified, planned movements for a variety of Navy ships and submarines. Those details enabled Francis to bilk the Navy through inflated prices on goods and services like fuel, water, food and tugboats provided by his company.

When Loveless’ time with the Seventh Fleet ended, he moved on to become the Navy’s director of intelligence operations at the Pentagon and was promoted to rear admiral. In November 2013, when it became clear that he was being investigated for his alleged involvement in the growing fiasco, he was placed on leave. He retired in 2016.

The San Diego Tribune reported that Loveless’ lawyers argued in court that, while their client appeared in several emails and attended some of the paid dinners, he did not provide Francis with any insider information.

Ultimately, earlier this summer the jury in the case would convict Dolan and Lausman as well as Capt. David Newland — at the time, chief of staff to the commander of the Seventh Fleet — and Cmdr. Mario Herrera, the fleet’s scheduling and operations officer, of conspiracy, bribery and fraud. It would also convict Lausman of obstruction of justice.

Jurors deadlocked on the charges against Loveless.

Since those verdicts came down in late June, Francis, who was under house arrest in San Diego, cooperating with authorities and awaiting his own sentencing, escaped, and officials have offered a $40,000 reward for information leading to his capture.

Just a week after that news broke, prosecutors moved to dismiss their charges against Loveless and not seek a retrial. It’s not clear whether the two events are connected, however.

According to USNI reporting, of the 34 military officials charged by federal prosecutors in the Fat Leonard scandal, 29 pleaded guilty, and four were convicted at trial. Dozens more were investigated or otherwise tainted by the scandal. Some received administrative punishments or censures from the Navy.