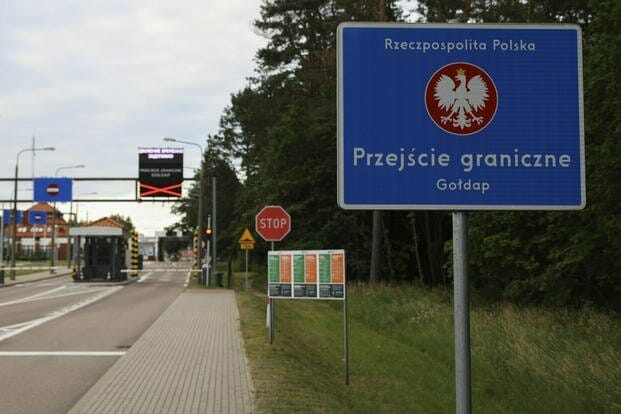 WASHINGTON  — Russia has released a U.S. Navy veteran who apparently illegally crossed the border from Poland into the Russian exclave of Kaliningrad last year and was held there for nine months.

Former New Mexico Gov. Bill Richardson announced that Taylor Dudley had been handed over to U.S. custody in Poland on Thursday.

The State Department had no immediate substantive comment but said it was aware of “reports” that an American citizen had been deported from Russia. The department said it was constrained in what it could say about the case due to privacy concerns.

However, Richardson said the U.S. embassies in Warsaw and Moscow had played a role in securing Dudley’s release and even mentioned several diplomats who worked on the matter by name.

Unlike in high-profile previous releases by Russia of imprisoned Americans — like WNBA star Brittney Griner and former U.S. Marine Trevor Reed — there was no swap for Dudley, who was never considered by the U.S. to have been wrongfully detained.

Dudley, 35, was reported missing last year by authorities in Lansing, Michigan. A spokesman for his family said Dudley had traveled to Europe to backpack, had gone to Poland for a music festival and at some point crossed into Kaliningrad and was detained in April, 2022.

Richardson, who has worked on behalf of the families of numerous Americans detained overseas, said the work to get Dudley released had taken more than six months and was “done discreetly and with engagement on the ground in both Moscow and Kaliningrad and with full support from Taylor’s family back in the United States.”