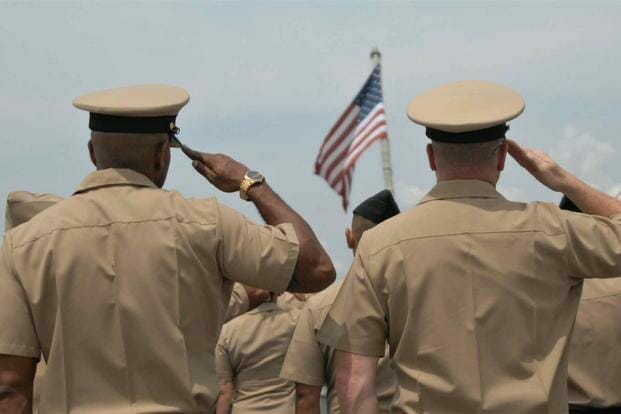 The Navy has confirmed that it was unable to process any of its more than 3,000 medical discharge cases for almost a week in September, adding further delays for sailors being processed out of the service, after news of a hold surfaced on social media.

A Navy spokeswoman confirmed to Military.com that the Joint Disability Evaluation Tracking System (JDETS) suffered “a system-wide outage” on Sept. 9, “and the software issue that caused the network outage was fixed on 15 Sept.”

According to an internal email, posted to social media and authenticated by the Navy, the JDETS system has been used by the service’s Physical Evaluation Board — the body that determines whether sailors and Marines are too injured to continue service — to track cases for 27 years. The loss of the system meant the board couldn’t issue any findings or finalize cases, effectively grinding its work to a halt.

Read Next: Space Force Unveiled Its Official Service Song. It’s Not a Banger.

The Navy’s statement on the outage stressed that “the temporary disconnect with JDETS did not result in the loss, compromise, or spillage of any case data or individual Service member information — and none of the 3,700+ cases at the PEB had to be rebuilt or restarted.”

The PEB ultimately decides whether sailors are allowed to keep serving, are medically separated, or medically retired.

The email posted online, however, also noted that issues first began to crop up “in early August” when members of the board started to lose access and finally culminated in the full outage on Sept. 9. The email was sent Sept. 14.

The news comes amid reports by Military.com that the Navy has also been struggling to issue final discharge paperwork to sailors for months, often causing financial strain and forcing sailors to consider life-altering decisions.

Although the causes of the two issues are different — one the result of technical server issues and the other a series of delays brought on by the Navy’s efforts to consolidate its personnel support commands — the holdups to sailors are the same.

Without paperwork from the Physical Evaluation Board, sailors are left not knowing whether they will continue serving in the Navy or be discharged. The board’s decisions are also key in the Department of Veterans Affairs disability rating process. Furthermore, delays in preliminary steps like evaluation boards can cascade and cause more holdups and issues down the road for sailors as they miss other deadlines in the discharge process.

The internal email indicated confusion and uncertainty from decision-makers in the Navy as well. The author wrote that they “have no estimate as to when, or if, the [software at the heart of the issue] will be reinstalled on the network.” The message, addressed to “Naval [Disability Evaluation System] leaders,” added that staff “anticipated additional problems” when troubles began in August and “started work on an interim tracking system as a stopgap measure.”

The email went on to note that the Navy is “already in the process of developing a new case-tracking system” but said that it is “at least a year out from being fielded.”