This Week’s Top Military Photos: Keep Your Eye on the Bomb and Don’t Drop It 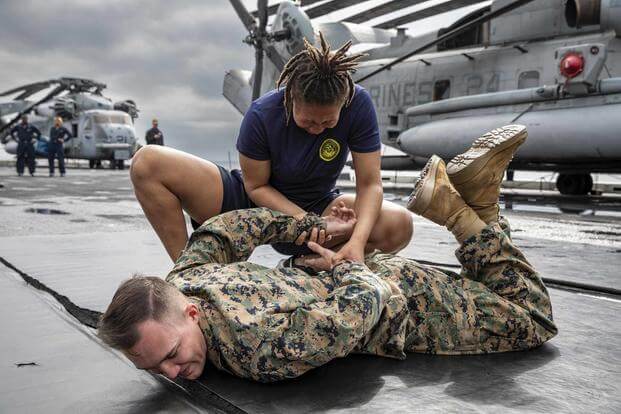 This week in the military, a survey shows last year sexual assault targeting female service members reached its highest levels since 2006; the Department of Veterans Affairs is encouraging veterans to apply for benefits and compensation related to sicknesses that were incurred by toxic burn pit exposure; Army leaders are incentivizing soldiers to graduate Ranger school, volunteer or score high physical fitness scores in exchange for more time off work; and families sickened by a fuel spill near Joint Base Pearl Harbor-Hickam last year are suing the Navy and alleging the service mishandled the prevention and aftermath of the leak at Red Hill.

Related:Should You Get Corrective Vision Surgery Before or After Joining the Military?

Related: First Woman to Serve as ‘Chief of the Boat’ on a Submarine Reports for Duty