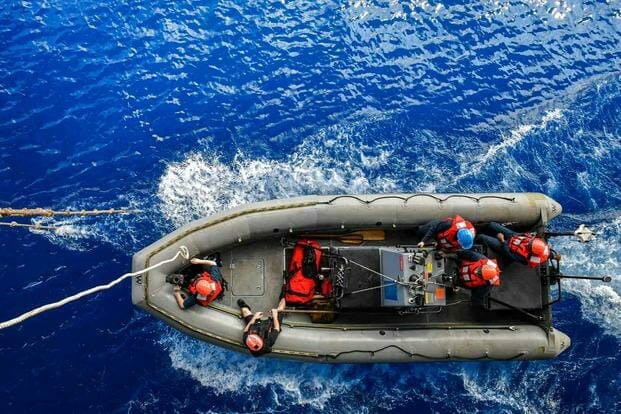 Related: Have Soldiers Forgotten How to Use a Map and Compass?

Two MV-22 Ospreys fly in formation over a training area in Hawaii.