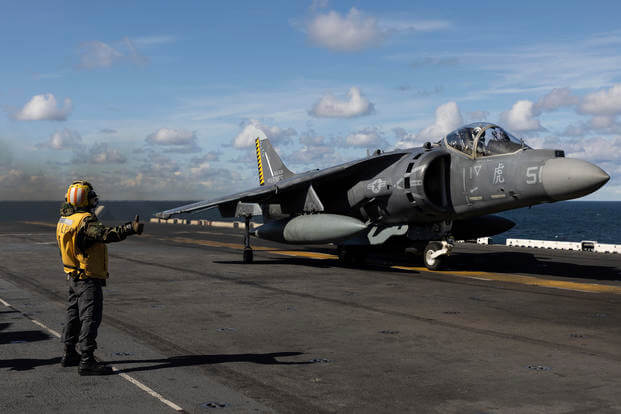 ABOARD USS KEARSARGE (AP) — U.S. Navy amphibious assault ship USS Kearsarge is taking part in international training in the Baltic Sea amid Russia’s war in Ukraine and tensions in the region.

The Kearsarge is the first ship of the Wasp class to take part in international training in the Baltic in at least two decades. Associated Press journalists visited the ship last week.

“It’s a first off for us in recent memory and it’s been very exciting,” said Capt. Tom Foster, the commanding officer of the Kearsarge.

With some other U.S. Navy ships, the Kearsarge has been training for several months with the militaries of Sweden and Finland, which formally applied to join NATO after Russia invaded Ukraine on Feb. 24.

The training mission is to promote safety and security in the region.

“In the past several months, we have been operating in the Baltics and in the Mediterranean,” said Capt. Aaron Kelley, commander of the Kearsarge Amphibious Ready Group.

“We’ll continue to operate in those areas. And always the goal there is promoting safety and security in those regions and in international waters,” Kelley said.

The USS Kearsarge allows for training by such aircraft as AV-8B Harriers, UH-1 Y Venom and AH- 1Z Viper helicopters as well as MV-22 Osprey planes.