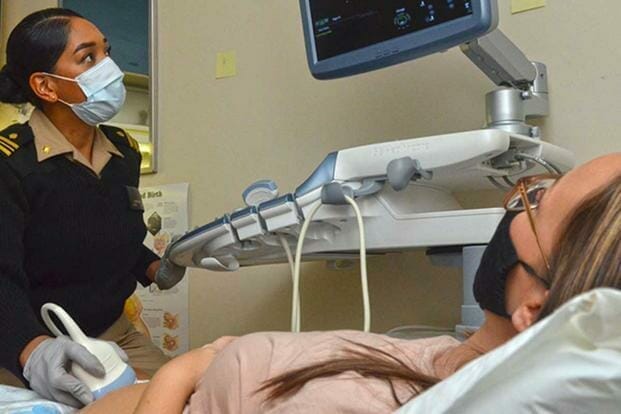 Airmen and Guardians who undergo fertility treatments to start families can take up to 35 days off from their duty station under a new policy unveiled by the Department of the Air Force, which also oversees the Space Force.

The directive, announced Wednesday, would grant the time off — which doesn’t count against a service member’s earned number of leave days — if they undergo treatment at one of six military medical facilities. Secretary of the Air Force Frank Kendall praised the policy update and said it hits close to home for him.

“My wife and I have had our own struggles with starting a family, so I recognize what a strain this can be on our Airmen and Guardians, personally and financially,” Kendall said in a press release. “I wholeheartedly support this program, and I hope our teammates take full advantage of it.”

The 35 days are considered Permissive Temporary Duty, which means service members must cover the costs for travel, food and lodging while receiving treatment, but their time off won’t go against their leave days.

Air Force Master Sgt. Kristy Negron, a member of the department’s Women’s Initiative Team that crafted the policy, said the change means service members will not have to choose between taking leave and getting treatment they need.

“This change is significant for everyone struggling with infertility, just as I have the last 10 years of serving,” Negron said in a press release. “Infertility takes a huge toll, not only physically and emotionally, but financially. Being able to go PTDY for treatments will help ease some of the stress associated with the process by allowing time off work to focus on our life goals.”

The policy update allowing leave for infertility treatment is the latest Department of the Air Force directive aimed at more progressive changes accommodating women and families in service.

Last month, the department released a policy that gave active-duty dual-military couples in the Air Force and Space Force extra time to decide whether they want to separate from the service after having a child.

In the past two years alone, airmen have seen once unlikely changes, many focused on the comfort of women — such as longer hairstyles, the development of a maternity flight suit and a wrap-style dress for pregnant airmen. The Space Force is also making elements of its new dress uniforms unisex.