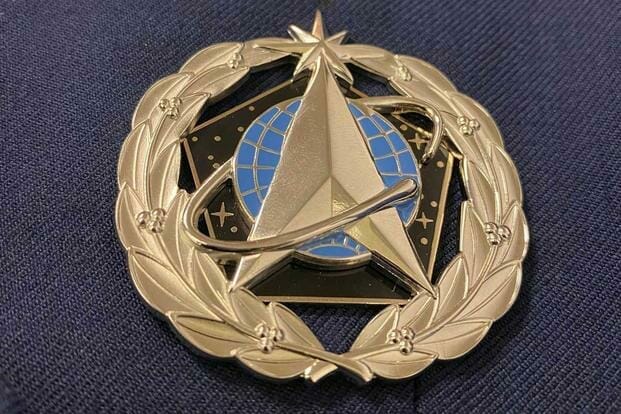 The Department of the Air Force is pumping the brakes on creating a National Guard or reserve component for the Space Force, opting instead for full-time or part-time Guardians in a new congressional proposal.

The legislative proposal, which was submitted to Congress earlier this month and approved by Force Secretary Frank Kendall, seemingly would combine the Space Force’s active-duty and reserve elements.

“This component proposal is a new approach to managing reserve component forces by merging what has traditionally been called active-duty forces and reserve forces into a new component that provides full-time and part-time service options to guardians,” Lt. Col. Justin Brockhoff, Kendall’s spokesman, said in a statement to Military.com.

Kendall’s proposal, which was first reported by Space News, is the first definitive move to settle a debate that has raged since the creation of the service about whether the Space Force needs reserve forces.

Gen. John Raymond, the chief of space operations, has spoken publicly about the full-time and part-time concept as a possible way to recruit more talent from the private sector.

“We would be giving opportunities for people to go to the commercial industry, to go to NASA, and then come back,” Raymond told Space News. “Maybe at certain times in their life, if they want to have children, they can go part-time for a while and then come back without having to get out of active duty and then go into the reserves.”

Those efforts have ultimately been delayed, sidelined or stymied, as lawmakers grapple with the costs and logistics it would take to create another element of the National Guard. Additionally, President Joe Biden’s White House has not supported the efforts.

The White House Office of Management and Budget issued a statement last year saying it was “strongly opposed” to any efforts to create a Space Guard component.

“Establishing a Space National Guard would not deliver new capabilities — it would instead create new government bureaucracy, which the Congressional Budget Office estimates could increase costs by up to $500 million annually,” OMB said in its statement.

Simpler moves, such as a proposal submitted last year to rename the Air National Guard as the Air and Space National Guard, have not been approved either.

Kendall’s latest proposal does not sit well with Guard leaders, according to the National Guard Association.

John Goheen, a spokesman for the National Guard Association, told Military.com that not weaving that existing talent and skill into the Space Force is an insult to those men and women.

“It’s a slight,” Goheen said. “And we trace it back to some faulty analysis from the Congressional Budget Office. It’s very frustrating for many Guard leaders.”

Debate about a Space National Guard will likely reemerge during discussions about the 2023 defense budget.

Brockhoff said the Department of the Air Force will continue to figure out “the appropriate future disposition of current Air National Guard space units in a manner that is efficient, effective, and appropriate for space missions.”