Could Access to Abortion Services Change Where the Military Stations Troops? 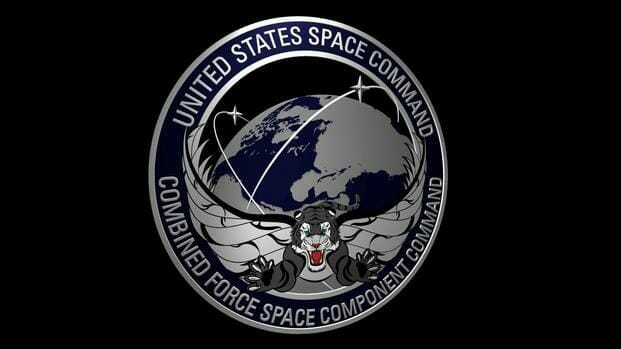 Air Force officials are expected to make their final decision on whether to move U.S. Space Command from Colorado to Alabama in the coming weeks, ending a nearly two-year saga over where the critical headquarters for space operations should be located.

But the unexpected happened in June. The Supreme Court issued a ruling to overturn Roe v. Wade — known as Dobbs v. Jackson Women’s Health Organization — which ultimately left the right to an abortion up to the states and created uncertainty over whether service members would be able to receive abortion services or other reproductive health care.

Moving Space Command from Colorado, where abortion access is unrestricted, to Alabama, where it is illegal with limited exceptions, could change life for service members assigned to the command, and it has raised a red flag for some Colorado lawmakers who believe it will hurt troops’ quality of life, as well as harm the military’s retention efforts.

Sen. Michael Bennet, D-Colo., told Military.com that a potential move of U.S. Space Command to Alabama concerns him for a variety of reasons, but among them is the impact the Supreme Court’s ruling has on service members who have to relocate.

“I’m deeply concerned about how the Dobbs decision and state abortion bans will affect Space Command’s workforce and readiness if the command leaves Colorado,” Bennet said in an emailed statement.

The potential move of Space Command, the unified combatant command that oversees all military operations in space, to Alabama also comes as the Space Force’s Space Training and Readiness Command, or STARCOM, looks at finding a permanent home for its headquarters.

STARCOM’s finalist locations include Space Force bases in either California or Colorado — where abortion access is widespread and mostly unrestricted. Officials are also looking at Patrick Space Force Base in Florida, where state law doesn’t make abortion available past 15 weeks and there are no exceptions for rape or incest.

Rose Riley, a spokeswoman for the Department of the Air Force, which oversees the Space Force, did not directly answer whether the Dobbs decision was being taken into account with the basing decision.

But Riley said officials are looking at how the issue affects the quality of life and options for all airmen and Guardians.

“The Department of the Air Force is conducting site surveys at each candidate location to determine which is best suited to host STARCOM based on factors related to mission, infrastructure capacity, environmental considerations, cost, child care, housing affordability and access to military/veteran support,” Riley said.

She added, “Air Force leaders are working closely with the Office of the Secretary of Defense to review the impact on the force of the Supreme Court’s recent ruling in Dobbs.”

It’s unlikely that the Dobbs decision will cause a major shift in future bases away from the South, where some of the nation’s more restrictive abortion laws and measures are on the books.

But Katherine L. Kuzminski, a senior fellow at the Center for a New American Security think tank who researches military culture and family issues, pointed out that placing certain bases in areas that may have an effect on service members does have a major impact on public opinion.

“It certainly comes up in the discussions, whether it be about future basing operations or future military recruits — like, what are the perceptions of the military if they aren’t able to get abortion access or when, when any social issue gets involved,” Kuzminski said in an interview with Military.com.

Pentagon officials recently told lawmakers that the services currently face a recruiting and retention crisis and said the Dobbs decision will likely make that problem even more difficult.

“We have concerns that some service members may choose to leave the military altogether because they may be stationed in states with restrictive reproductive health laws,” Gil Cisneros, the Pentagon’s chief of personnel and readiness, said in prepared remarks to a House Armed Services subcommittee last month.

Obtaining an abortion in uniform has never been easy.

Female service members and dependents of U.S. troops have long been required to go through civilian clinics since military physicians and Department of Defense civilian providers are legally not allowed to perform abortions. It’s typically an out-of-pocket expense for a service member because Tricare, the military health program, covers the cost of an abortion only in cases where the life of the mother is at risk or the pregnancy was the result of rape or incest.

Those restrictions come from the Hyde Amendment, a bit of language added to congressional spending bills every year that prohibits federal dollars from going toward abortion services.

Because it has always been difficult for those in uniform to obtain abortion services, Kuzminksi doesn’t believe the Dobbs decision would have a major impact on a basing decision.

“I think the real change will be the distance which women will have to travel,” Kuzminksi said. “So, I actually don’t think it changes as much as we think it does, because the laws were restrictive on DoD in the first place.”

The decision to move Space Command has come under intense scrutiny after former President Donald Trump announced Huntsville as the preferred location for the command.

A subsequent Government Accountability Office and Department of the Defense Inspector General Report found the decision to move the command to Huntsville’s Redstone Arsenal was marred by a shoddy and unclear process but also pointed to no significant reason why Alabama shouldn’t have been chosen.

But those reports haven’t stopped Bennet, as well as other members of Colorado’s delegation in Washington, from raising the alarm that it would take longer to reach full operational capability in Huntsville versus keeping Space Command at its current location at Peterson Space Force Base in Colorado Springs.

The concern from service members about moving or establishing bases in certain states extends past abortion access. There is a growing trend of state laws that target members of the LGBTQ community.

Two measures that drew outsized attention this year were Florida’s so-called “Don’t Say Gay” bill, passed in March, that forbids discussion of sexual orientation and gender identity until the third grade and an order by Texas Gov. Greg Abbott, issued in February, that directed the state’s child welfare agency to investigate reports of gender-confirming care as child abuse.

Military.com has previously reported that the Air Force, Marine Corps and Navy say they have policies in place — originally developed with victims or witnesses of abuse and sexual violence in mind — that allow service members to request transfers if the laws in their state make them feel unsafe or discriminated against, although given the slow pace of most transfers, it’s unlikely that those mechanisms would serve to provide access to abortion.