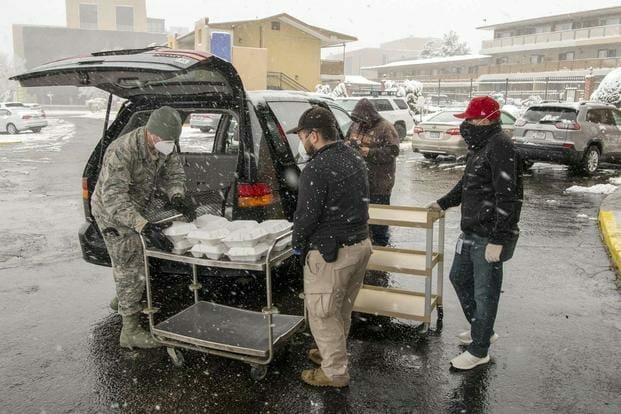 Air National Guard leaders are raising the alarm as military officials push to create part-time Space Force Guardians instead of standing up a new Space National Guard, which could mean an uncertain future for several hundred Guardsmen across the country.

With the creation of the Space Force in 2019, these units were left under the Air Force’s command. Many of those unit leaders, as well as the National Guard Association, believe the lack of a dedicated National Guard component for these service members could have serious consequences, especially if the Pentagon decides to reassign the units to become part-time Space Force Guardians or if their missions are scrapped entirely.

“If we go down this path and we take these missions out of the National Guard, we are definitely, unfortunately, going to have a readiness issue,” said Col. Michael Bruno, chief of the joint staff for the Colorado National Guard. “And there’s going to be a significant eruption of critical space operations when it’s more critical than ever in our nation’s history with everything going on.”

Air Force National Guard units with space-focused missions have been tapped by their states in recent years to track wildfires and natural disasters by satellite and bring an extra set of hands to provide support to their local communities during the coronavirus pandemic. Being part-time active duty would put those units under the control of the federal government and require a national emergency declaration to help out people in their own backyard.

Col. Jason Knight, commander of the 195th Operations Group for the California Air National Guard, said a Space Guard is essential — especially with how the National Guard has been asked by more states to step up in recent years.

“Why would you want to take away your access to those forces that can do things for the state, that can support during a pandemic or can support during wildfires right here in California and in Colorado?”Knight said. “Why couldn’t we use those space capabilities to support our states?”

Just last week, Sens. Marco Rubio, R-Fla., and Dianne Feinstein, D-Calif., introduced a bill that would create a Space National Guard. But military leaders have another idea in mind.

Air Force Secretary Frank Kendall and the Space Force’s Chief of Space Operations Gen. John Raymond have publicly backed a plan that would combine the Space Force’s active-duty and reserve elements — which they argue is a more cost-effective and efficient way to recruit skilled talent from the private sector.

Guard leaders argue that the units, which are closely aligned with the mission of the Space Force, should be separated from the Air Force but that putting them under active-duty status changes their direct connection to their local communities.

That figure has angered National Guard officials, and some Guard leaders believe the cost could be much less.

The Adjutants General Association of the United States sent a letter to the Senate Armed Services Committee in late March saying that moving those 14 Air Force National Guard units under Space Force’s command could cost as little as $250,000, with no need to create new facilities or absorb them as part-time Guardians.

“The personnel, the equipment and the facilities are already in place,” said John Goheen, a spokesman with the National Guard Association, which lobbies on behalf of Guard issues. “All they need is authorization that would come from Congress, some new signs and some new uniforms.”

Discussions on the future of the Air National Guard units with space missions will likely continue as lawmakers negotiate the 2023 defense budget. But many Guard leaders are exhausted by the uncertainty.

“We just got to get past the discussion of why do we need a Space Guard and started looking at how we can leverage the Space Guard to get after some of these really big challenges that we know that nation is facing,” Knight said.