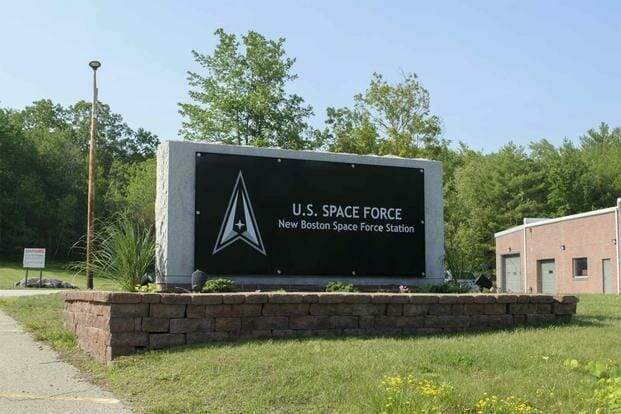 A man was shot and killed late Friday evening just outside of a remote Space Force station in New Hampshire, in an incident involving a police officer and a security contractor.

Around 11:30 p.m. local time, 33-year-old Michael Foley of Massachusetts was shot on Galaxy Way — an access road that leads to the Space Force station, according to a press release from the New Hampshire Attorney General’s Office.

A police officer and a “contracted security officer” were involved in Foley’s death, a spokesman for the New Hampshire Attorney General’s office said.

Foley was killed at the scene by a “single gunshot wound” and the “manner of death is homicide,” New Hampshire’s Deputy Chief Medical Examiner Dr. Mitchell Weinberg said in a release. It’s not clear which person’s gun fired the fatal round.

Stephen Brady, a spokesman for Peterson-Schriever Garrison, which oversees New Boston Space Force Station, told Military.com the shooting “involved a civilian not affiliated with the installation.”

New Boston Space Force Station will conduct a “use of force review board to examine the shooting” and investigate what occurred with the contractor, Brady added.

“Base security was never compromised, the vital Space Force satellite command and control mission continued without interruption, and there is no known threat to the community,” Brady said in an emailed statement.

Neither the police officer or security contractor was injured, the New Hampshire Attorney General’s Office said in a Monday press release.

New Boston’s Space Force Station has had a long history in the Department of the Air Force.

During World War II, the U.S. Army Air Corps — the precursor to the Air Force — used land in New Boston that was near the Manchester-Boston Regional Airport as a bombing range for airplanes.

Following WWII, the range was deactivated and, in the 1960s, it became a satellite tracking station. In the late ’80s, it was transferred to Air Force Space Command.

Shortly after the U.S. Space Force became a service, New Boston’s satellite operation was transferred to its command in 2021.

New Boston is home to the 23rd Space Operations Squadron, which provides satellite capabilities to “more than 190 Department of Defense, national and civilian satellites performing intelligence, weather, navigation, early-warning and communications operations,” according to the Space Force.

The incident outside of New Boston Space Force Station came amid a weekend filled with public shootings at Taiwanese Presbyterian Church in Laguna Woods, California; a flea market in Houston; Millennium Park in Chicago; outside of the Milwaukee Bucks’ stadium in Wisconsin; and a supermarket in Buffalo, New York, leaving 14 dead and dozens wounded nationwide.