Military Photos of the Week: Killer Saxophone, Bird Bath, Marines Have Fun at the Beach 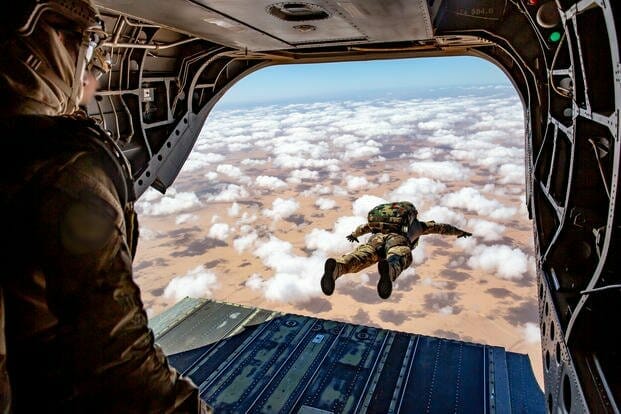 This week in the military, the Army reverses a policy that would let recruits enlist without a high school diploma amid dismal recruiting numbers across the military; Military.com gets an inside look in what it takes to make a Space Force Guardian in a three-part series about the service’s basic training pipeline; Russia and China are alarmed at increasing NATO unity as Russia nears 130 days of its renewed invasion into sovereign Ukrainian territory; Woody Williams, a decorated Marine Corps veteran, died this week; he was the last remaining WWII Medal of Honor recipient.

Related: US Special Operators Are Picking Up a Softer Skill as They Refocus on Countering China