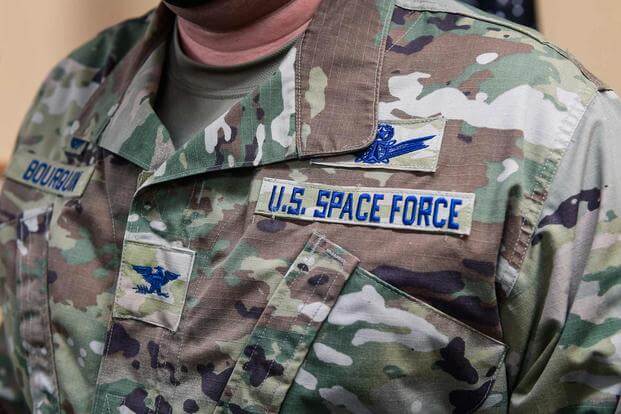 When they heard “Space Force,” many Americans’ first thought wasn’t of the two-year-old U.S. Space Force military branch but, rather, a Netflix comedy series of the same name starring actor Steve Carell.

The streaming giant’s show parodied military life in the newest service with an ensemble cast and made it difficult for the real Space Force’s Guardians to teach and educate the importance of their mission — protecting the U.S. satellite fleet — to the public.

But that came to an end this past weekend when it was reported that Netflix’s ‘Space Force’ will be canceled after two seasons of lukewarm reviews by critics. Understandably, many Guardians aren’t too upset by the news of the show’s death, and some experts believe it may even help the military service’s reputation in the long run as it works to grow and expand its culture.

Read Next: A $1.8 Million Home for Space Force’s Top Enlisted Leader Is Included in the 2023 Budget Request

One Space Force Guardian, who spoke to Military.com on condition of anonymity because they are not authorized to speak to the media, said the real effect of the show was the public’s perception of the service.

“I think [the Netflix show] may have impacted how people viewed us on the outside, but on the inside, I don’t see an impact,” the Guardian told Military.com.

The show “Space Force” wasn’t wildly popular and did not break into the overall Nielsen streaming weekly Top 10 ranking, according to a report by Deadline. It did make a brief appearance on the streaming originals Nielsen charts, debuting at No. 8 and eventually rising to No. 7.

The show was talked about and widely anticipated when it debuted in 2020 because of a star-studded cast including Carell, John Malkovich and Ben Schwartz.

But retired Air Force Col. Bill Woolf, the president and founder of the nonprofit Space Force Association, which works to promote public awareness about the service, said that, while the show may have helped inform people of its existence, it ultimately hurt the service.

“The marketing value behind the ‘Space Force’ show was phenomenal, in that it highlighted that there is actually a new service out there,” Woolf said. “Unfortunately, it did not capture the culture accurately at all. In fact, it probably diluted the ability for Americans to actually see the importance of the space superiority mission that the Space Force trains toward.”

On the U.S. Space Force’s Reddit thread, a poll asks whether the show’s cancellation “will improve our public image or will we see no change in overall perception?”

The majority of the 280 votes in the poll, more than 62%, said it was neutral; the remaining votes were essentially tied on whether it had a positive or negative effect on the service’s reputation.

The Space Force is the smallest of the military service branches. It has grown to 8,400 Guardians since being created at the behest of former President Donald Trump in 2019 and is expected to grow by 200 new recruits in 2023.

And the Space Force is starting to establish more historic firsts, such as having its inaugural Guardians-only basic military training in Texas this month. Woolf believes moments like this will help the service leave the Netflix show in the past.

“I think right now is an opportunity for the Space Force to start telling its story more often, so that folks can understand the real Space Force versus the made up ‘Space Force,'” Woolf said.

Related: ‘Space Force’ Gets the Ax After 2 Seasons