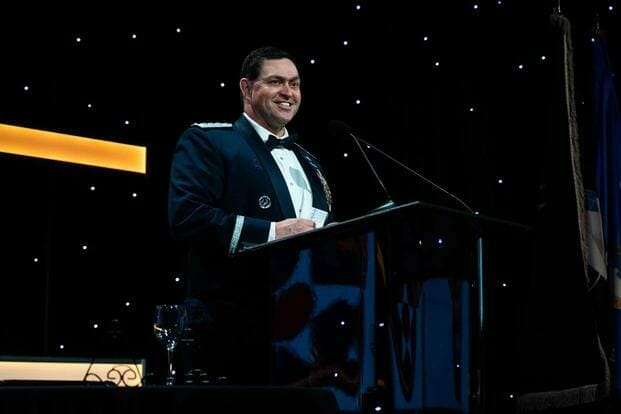 President Joe Biden’s nominee to lead the Space Force was hammered with questions from several senators Tuesday over whether he wants to create a National Guard for the service or allow part-time active-duty Guardians instead.

Lt. Gen. Bradley Saltzman, who was selected last month as Biden’s preferred pick to replace outgoing Chief of Space Operations Gen. John “Jay” Raymond, faced the Senate Armed Services Committee on Tuesday during his first confirmation hearing. He declined to take a side on the issue, as some lawmakers continue to feel pressure from their home states to create a Space National Guard.

“If confirmed as CSO, I would certainly welcome the opportunity to continue to work with members of this committee and other stakeholders to make sure that we get the right organizational structure and take advantage of these capabilities,” Saltzman demurred.

Saltzman, who currently serves as the Space Force’s deputy chief of operations, is expected to be confirmed later this year. But some lawmakers are still pushing for the creation of a Space National Guard, a fight that started in 2019 and has ramped up support this year.

In May, Sens. Marco Rubio, R-Fla., and Dianne Feinstein, D-Calif., introduced a bill that would create a Space National Guard, even as military leaders of the Air Force and Space Force pushed the idea of having full-time and part-time Space Force Guardians instead.

At the root of some lawmakers’ desire for a Space National Guard are 14 Air National Guard units with space-related missions and about 2,000 personnel located in California, Alaska, Arkansas, Hawaii, Florida, Colorado, Ohio, New York and Guam. Lawmakers in those locations want to see the units transferred to the Space Force — but as National Guard units, not part-time active-duty units.

Both Raymond and Air Force Secretary Frank Kendall have publicly backed a plan that would combine the Space Force’s active-duty and reserve elements, arguing that it would be a more cost-effective and efficient way to recruit skilled talent from the private sector.

Kendall signed off on a proposal to create the full-time and part-time structure in April, and Raymond said in May that seeing it approved by Congress is one of his top priorities.

“We have overhauled how we recruit, assess, train, develop, promote, employ and take care of our Guardians. … This is one of the reasons we are seeking the integration of active-duty and reserve forces into a single hybrid component,” Raymond told members of the Senate Armed Services Committee on May 3. “This is our number one legislative proposal, and we look forward to working very closely with this committee to implement this bold and transformational approach.”

Asked by lawmakers Tuesday how he would support a Space National Guard, Saltzman responded that, if it became a reality, he would make sure it was adequately trained and prepared.

“Readiness, again, is my primary concern — having access to that expertise, and as a part of the Department of the Air Force. If confirmed as CSO, I would be in those deliberations to make sure that those forces are as ready as possible to meet the combatant commanders’ requirements,” he said.

The House’s most recent version of the annual National Defense Authorization Act contains plans for a Space National Guard, but the Senate’s version does not — offering a plan for an independent study to research the idea of part-time Guardians instead. Differences between the two versions must eventually be ironed out before the legislation can become law.

Those efforts have been stymied as lawmakers grapple with the costs and logistics of creating another element of the National Guard. And the White House has offered no support for the efforts.

That figure has angered National Guard officials, and some outside observers believe the cost could be much less.

The Adjutants General Association of the United States sent a letter to the Senate Armed Services Committee in late March saying that moving those 14 Air Force units under Space Force’s command could cost as little as $250,000, with no need to create new facilities.

Former National Guard Bureau Chief Gen. Joseph Lengyel told reporters during a media roundtable last week that a reserve component is necessary for the Space Force, saying he views it as crucial in a fight against China or Russia.

“You need to have a force big enough to beat China or Russia or whoever it is that we’re fighting as a peer adversary, and you can’t afford that in peacetime without reserve units and reserved capacity,” Lengyel said, according to the Colorado Springs Gazette.

Saltzman said he could not discuss many of the specifics regarding China and Russia’s space capabilities, but said confidently that the U.S. military is still ahead if a war in space were to occur.

“We are still the greatest spacefaring nation on the planet,” Saltzman said. “The Space Force’s capabilities, what we can provide to the joint force, are extremely capable, and I still put us at the head of the table.”