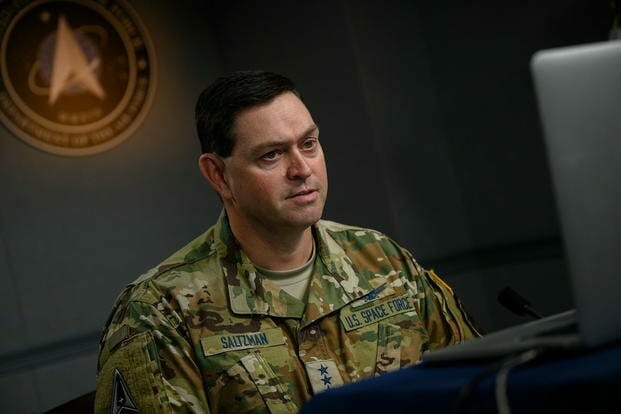 Biden nominated Lt. Gen. Bradley Chance Saltzman, the Space Force’s current deputy chief of operations, on Wednesday. As part of the nomination, Biden is pushing for SaItzman to be promoted to four-star general. His name goes to the Senate Armed Services Committee for confirmation.

Rumors of Raymond’s retirement from the Space Force have been swirling for months.

In a June interview with Military.com, Raymond declined to comment on speculation that he was retiring.

“I’ll just say I come to work every day focused on getting this right,” he said.

Raymond has led the Space Force since it came into existence in December 2019, working to forge an identity for the newest military service. He told Military.com that, while he took pride in the work he’d done in the first two years since the service branch was created, a lot of work is yet to be done.

“On all accounts, we’ve made really good progress,” Raymond said. “I will tell you, though, we still have a lot of work to do.”

Saltzman graduated from Boston University and was commissioned in 1991, according to his Space Force biography. He has served as a Minuteman III launch officer and as a satellite operator for the National Reconnaissance Office.

Related: Florida Man Accused of Driving to Space Force Base in Stolen Truck to Warn of Aliens