‘Space Force’ Gets the Ax After 2 Seasons 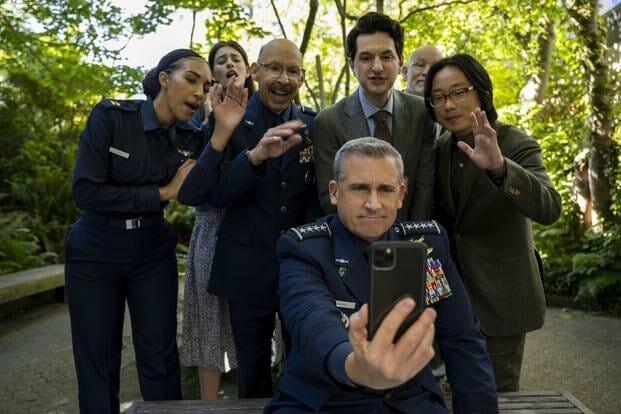 Netflix has been having a terrible month. The streamer’s stock price tumbled after the service saw its first-ever drop in users during the previous quarter, and Netflix is now canceling a huge number of shows as it tries to convince Wall Street that it can turn the business around.

“Space Force,” the series from Steve Carell and “The Office” producer Greg Daniels, has gotten the ax after just two seasons. A show about Gen. Mark Naird (Carell) and his attempts to justify the existence of a sixth military branch has failed to justify a return for another round of episodes.

That’s after Netflix moved production from Los Angeles to Vancouver for a second season and dropped Lisa Kudrow (“Friends”) from the cast to save money. They also changed the overall approach from a “movie” production style to more of a workplace comedy along the lines of Daniels’ previous successes with “The Office” and “Parks and Recreation.”

Season 2 was definitely funnier than season 1, but a lot of viewers had bailed on the show and the latest episodes never scored as high on the Netflix Top 10 as the debut season. In the recent season, the Space Force had four months to prove its worth to the Pentagon before it was dismantled. Unfortunately, “Space Force” could not do the same with Netflix.

The real-world Space Force seems to be safe for now. Military.com’s news team has been keeping track of the latest developments for the newest military branch, and the service’s expansion and rollout appears to be on track.