‘Space Force’ Is Now Official to the VA, but Not Everyone Is on the Same Page 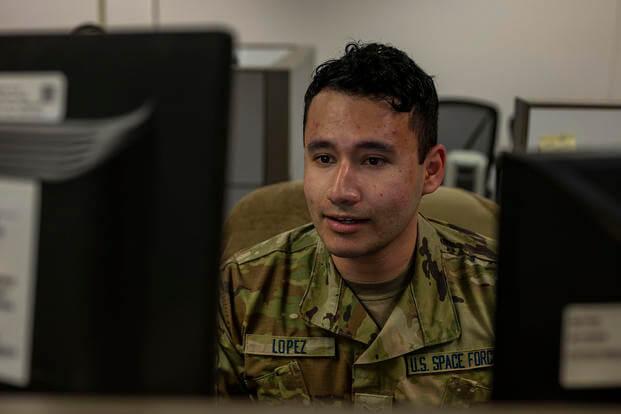 The Department of Veterans Affairs has officially recognized the Space Force as a branch of the military, nearly 2½ years after the service was established.

While the Space Force was created in fiscal year 2020, Congress didn’t expand the definition of “veteran” or make other changes to the law requiring VA to furnish benefits and services to Space Force veterans until 2021. Now halfway through 2022, the VA is announcing in a May 3, 2022, Federal Register posting, they have updated their regulations to include the Space Force as a military branch.

Specifically, the existing legal language defining the Armed Forces as “the United States Army, Navy, Marine Corps, Air Force, and Coast Guard, including their Reserve components” was updated by adding “Space Force” to the list.

While this announcement officially recognizes the Space Force as an armed force within the Department of the Air Force, it is merely a formality. There have been no reports of Space Force veterans having been denied benefits as a result of their exclusion from existing VA regulations.

That doesn’t mean that members of the military’s newest and smallest branch have not encountered problems elsewhere. Guardians, and their families have long reported encountering problems with acceptance; these issues range from problems with Tricare to the inability to receive veterans discounts at major retailers.

In an article in MilitaryFamilies.com, one family reported being unable to book vacation lodging at a Navy facility. The online booking system did not list “Space Force” as an option. It took three telephone calls to rectify the situation. Others who have transferred from another branch to the Space Force have reported receiving separation and transition documentation from multiple government agencies.

Despite being the smallest branch of the U.S. military, with approximately 8,400 personnel, the branch has an annual budget of nearly $20 billion for 2022. The branch has six primary bases and seven smaller stations. It also has facilities in Greenland, the United Kingdom, Ascension Island and Diego Garcia.

— Jim Absher can be reached at jim.absher@monster.com.