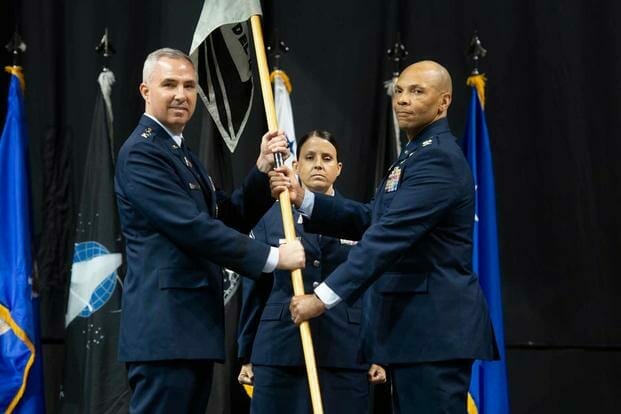 The Space Force has assumed command of a new unit that will be focused on keeping an eye out for foreign threats in space, but it comes as Congress is warning the small service branch that it has to prepare to slow its growth.

Delta 18 and the brand-new National Space Intelligence Center were officially commissioned late last month at Wright-Patterson Air Force Base in Dayton, Ohio. It will be staffed by nearly 350 civilian and military personnel.

Delta 18’s mission is to “deliver critical intelligence on threat systems, foreign intentions, and activities in the space domain to support national leaders, allies, partners and joint war fighters,” according to a press release.

Read Next: They Graduated Space Force Boot Camp. What Comes Next for Them, and the Service, Is Less Clear.

The creation of the unit equips the Space Force to assist and work alongside America’s intelligence agencies by feeding them information from its growing fleet of satellites and monitoring tools. Avril Haines, President Joe Biden’s director of national intelligence, said being able to leverage new intel in space will be crucial.

“In the years ahead, [space] will only become more contested,” Haines said during the ceremony activating the unit on June 24. “And as we move forward, NSIC will be relied upon to produce and analyze scientific and technical intelligence related to space for the entire nation.”

While the funding of the National Space Intelligence Center was included in the 2022 National Defense Authorization Act, the start of the new unit comes as Congress warns the Space Force about continued expansion.

This spring, the Space Force asked for $24.5 billion in its 2023 budget request — a greater than 40% increase from the previous year — with a majority of the funds projected to go to research and development, as well as establishing more missile warning systems.

Three days prior to the ceremony establishing Delta 18, the House Appropriations Committee filed a report on June 21 warning the newest military branch “against starting more programs than it can afford” and reminded the service that lawmakers expect funding to begin declining in 2027.

“The Space Force’s ambitious plans for new architectures, programs and mission areas do not appear to be backed up with credible budget projections in the outyears to actually deliver these capabilities,” the report detailed.

The Space Force, which is nested under the Department of the Air Force, similar to the relationship between the Marine Corps and the Navy, is also getting clear signals counseling moderation from Air Force Secretary Frank Kendall.

Kendall said at the Space Symposium in Colorado this past April that the new service shouldn’t focus on space as an “independent war-fighting domain” and should instead view its mission as being a support organization for the other branches.

The comments appeared to throw cold water on some of the core efforts by the service to grow and mature as a unique branch.

The Space Force is notably smaller than the other branches, with around 8,000 active-duty Guardians and nearly as many civilian employees, making a total force of around 16,000. By comparison, the Coast Guard has around 40,000 members, and the Marine Corps has about 180,000, both tiny compared to the Army and Navy.

Some experts, such as Robert Farley — a professor at the University of Kentucky who researches national security and intelligence with a focus on the service — believe the Space Force needs to expand substantially to be able to acquire resources like the other branches.

“Space Force will come to acquire these personnel type structures once and if it becomes an institution that is of similar size to the other ones,” Farley told Military.com last month. “It’s really a matter of size versus a matter of time.”