Space Force Offering Bonuses Up to $20,000 for New Guardians with Tech Backgrounds 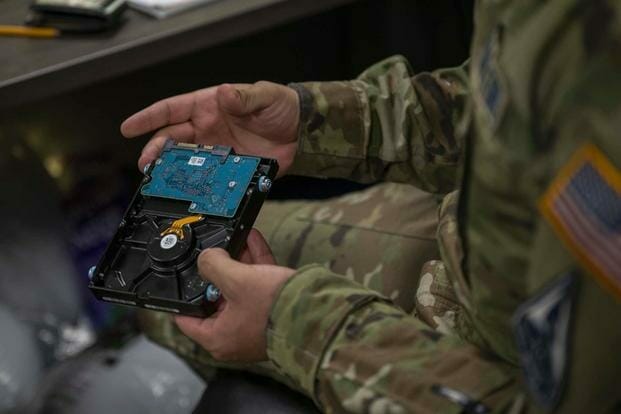 The Space Force has unveiled a wave of bonuses to lure recruits with highly specialized tech backgrounds to become Guardians.

Bonuses range from $12,000 to $20,000 for certain technology certifications that could be used for the Space Force’s cyber career fields, according to a press release from the Department of the Air Force’s Recruiting Service.

Earlier this month, the Department of the Air Force unveiled more than a dozen bonuses as a way to entice new recruits amid a national labor shortage and a pandemic economy.

But while the Air Force said it’s facing headwinds to fill its ranks, the Space Force is having no problem getting recruits into the small number of spots it has, as interest continues to grow in the newest military service branch.

The Space Force is the smallest of the military service branches. It has grown to 8,400 Guardians since being created at the behest of former President Donald Trump in 2019 and is expected to grow by 200 new recruits in 2023.

For Space Force Guardians who have already joined the ranks, the Department of the Air Force is also offering reenlistment bonuses for a dozen careers, such as cyber intelligence analysts and communications specialists, to retain their specialized knowledge and skills.

Unlike other services, the Space Force does not have a reserve or National Guard component; Air Force Secretary Frank Kendall is floating a proposal to have Guardians either be part-time or full-time instead.

Gen. John Raymond, the chief of space operations, has spoken publicly about the full-time and part-time concept as a possible way to recruit talent from the private sector to fill the highly specialized roles in the Space Force’s ranks.

“We would be giving opportunities for people to go to the commercial industry, to go to NASA, and then come back,” Raymond told Space News earlier this month. “Maybe at certain times in their life, if they want to have children, they can go part-time for a while and then come back without having to get out of active duty and then go into the reserves.”

The Space Force will make history next month when 72 men and women start the first Guardians-only boot camp at Joint Base San Antonio, Texas.