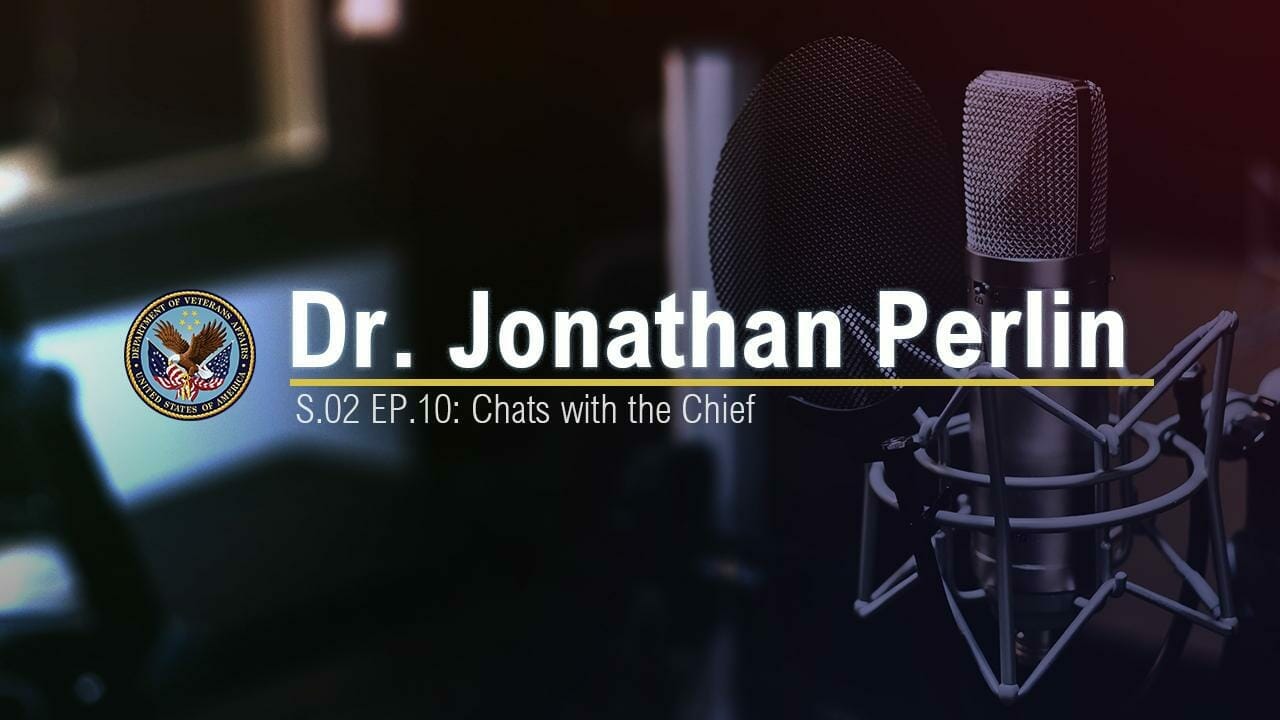 In this week’s episode of Chats with the Chief, VHA Chief of Staff Jon M. Jensen is joined by Dr. Jonathan Perlin, former Under Secretary for Health, longtime adviser to VA, and newly appointed President and CEO of The Joint Commission.

Perlin shares that the best piece of career advice he’s received is to “just say yes.” This advice is inspired by the factor of luck concept described in James (Jim) Collins’ book “Good to Great.” According to Dr. Perlin, when you say yes, you create new opportunities. When you say no, you inadvertently close doors.

His inspiration for a career in service

Dr. Perlin says that his health care career was inspired by his father, a physician who received his education while serving in the Navy. He describes his father as oriented toward service and notes his father’s work standing up community mental health clinics in Baltimore, Maryland.

Dr. Perlin knew early on he would also end up working in medicine. Later in his medical career, he realized his passion for service and caring for patients could be amplified by working in health policy, which he says is his calling.

Dr. Perlin discusses his role in standing up the Special Medical Advisory Group (SMAG), the oldest and largest of 27 VA advisory committees charged. SMAG advises the VA Secretary, Under Secretary for Health and other leadership on issues related to Veterans’ health care.

During his period as Under Secretary for Health, Perlin assembled a coalition of “the best and the brightest” experts in health care practice and policy across a broad spectrum of essential health disciplines to serve on the SMAG.

He was able to get many notable individuals, including Robert (Bob) Brook, who ran the RAND Corporation’s health practice, Wayne Lerner, who ran the Rehabilitation Institute of Chicago, Dr. Carolyn Clancy, who at that time was the head of the Agency for Healthcare Research and Quality, and former VA Secretary Peake, who was Army Surgeon General.

His predictions for the future of health care

Dr. Perlin quotes baseball legend Yogi Berra: “The future ain’t what it used to be.” He remarks that the COVID-19 pandemic didn’t change the future of health care, but instead accelerated it. He notes the rise of telehealth and virtual care during the pandemic. While VA has been a leader in hospital-at-home for the past two decades, the trend has recently expanded for the rest of the world.

Dr. Perlin predicts that the health care workforce and staffing shortages will be the defining challenge of the next decade. However, due to VA’s large size and influence, he believes VA has the capacity to contribute to the nation’s workforce and define how provider curriculum evolves in response to new changes and challenges.