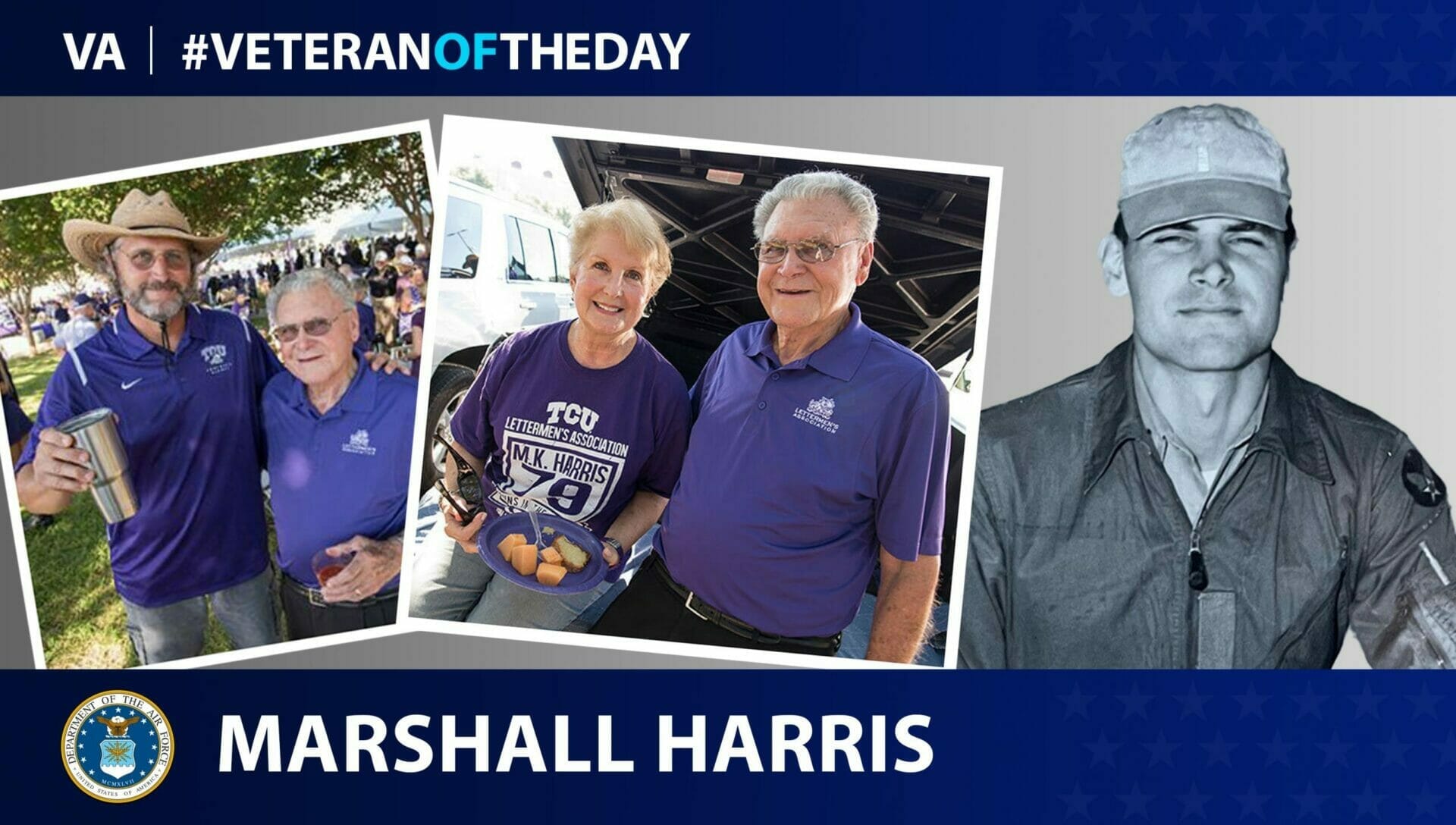 Maj. Marshall Edward Harris was born in March 1930 in Daytona Beach, Florida. He was the oldest of five children.

After high school and throughout college, Harris was part of the Navy Reserve. He also joined the Naval Reserve Officers’ Training Corps at Texas Christian University (TCU) in Fort Worth, Texas. While at TCU, he was an offensive tackle on the football team and played on the Southwest Conference Championship in 1951; he was also a starter in the 1952 Cotton Bowl, as well as a member of the first Academic All-American Team in 1952. Harris earned multiple awards for outstanding athletic and academic performance, including an honorable mention All-Southwest Conference in 1953, before graduating in 1954 with a Bachelor of Arts in Geology.

In 1955, Harris commissioned into the Air Force and was stationed as a flight instructor at Little Rock Air Force Base. He was then stationed at Warren Air Force Base in Wyoming as a launch control officer with the 549th and 566th Strategic Missile Squadrons. Harris was also a missile combat crew commander, during which time he trained pilots for the United States’ first nuclear strike program.

Harris deployed twice to Southeast Asia during the Vietnam War. During this time, he flew over 300 combat missions over Vietnam, Thailand and Laos. He piloted KC-135 tankers before moving flying C-130 troop transports while attached to the 314th Tactical Airlift Wing. His duties included refueling fighter jets while they were in flight as well as flying those killed in battle to the military mortuary in Da Nang, Vietnam. Harris also earned the rank of major while serving in the Vietnam War.

In 1968, Harris was awarded the first of his two Distinguished Flying Crosses and the first of his five Air Medals. He was also awarded a National Defense Service Medal after the war. Harris returned to Fort Worth in 1970, where he served as a squadron commander and then a wing officer controller for the 7th Bombardier Wing at Carswell Air Force Base in Fort Worth, Texas.

Harris retired in 1976 after 22 years of service with the Air Force. He returned to TCU and earned a Master of Liberal Arts in 1977 and then worked as a VA counselor before transitioning to logistics specialist positions within the Texas state government. In 2002, Harris was inducted into the Academic All-American Team Hall of Fame, and in 2009, he was inducted into the TCU Lettermen’s Hall of Fame.