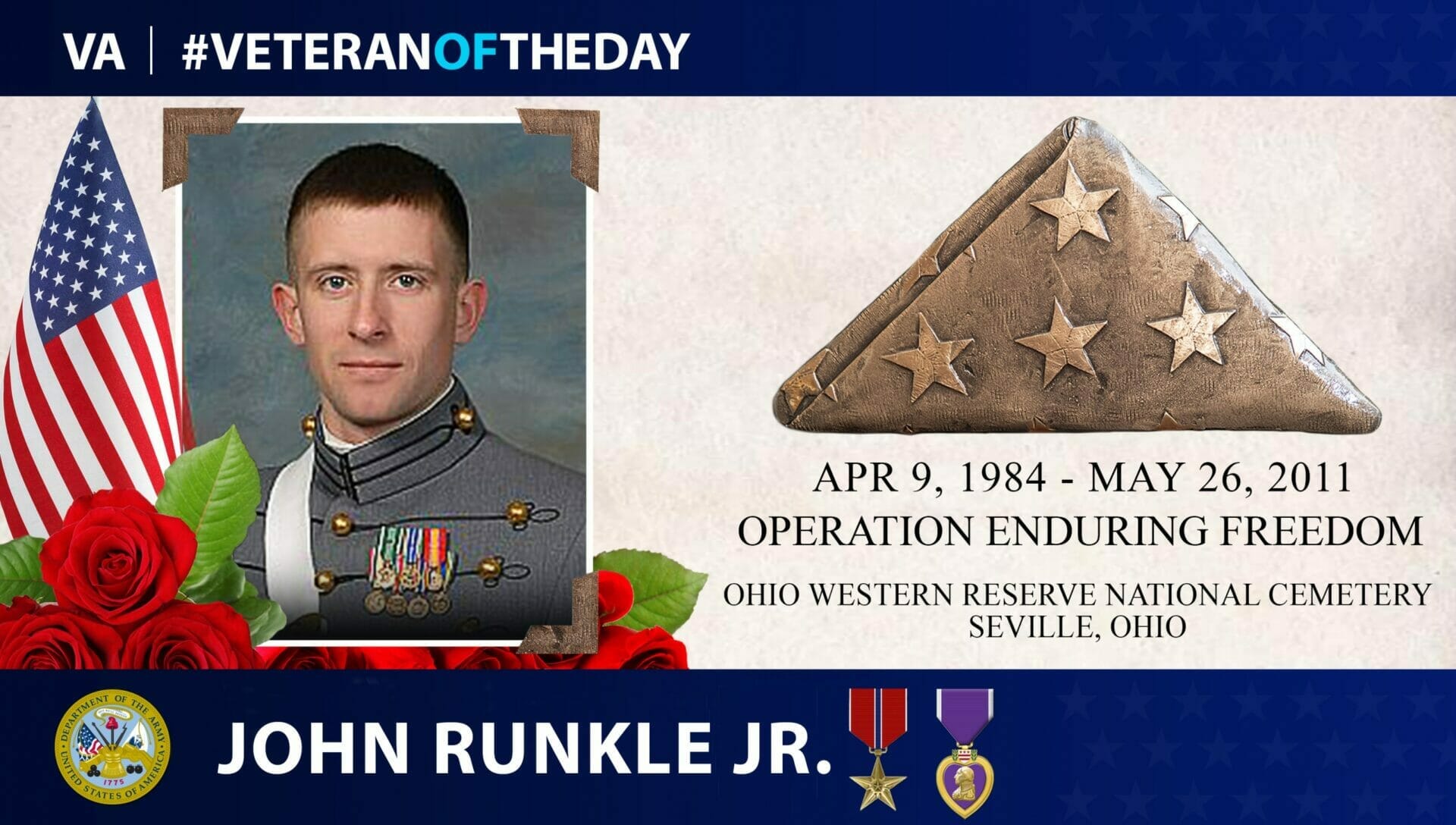 John Marshall Runkle Jr. was born in West Salem, Ohio, in April 1984 to Christine and John Runkle Sr. He graduated from Northwestern High School in 2002 and enlisted in the Army shortly thereafter. He completed a 10-month tour in Iraq from 2004 to 2005 and a tour in South Korea before he was accepted into the U. S. Military Academy at West Point.

In 2009, Runkle graduated from West Point in the top 10 percent of his class, and in 2010, he graduated from Ranger School. He arrived at Fort Campbell, Kentucky, in June 2010, where he was assigned to the 4th Battalion, 101st Aviation Regiment, 159th Combat Aviation Brigade, 101st Airborne Division. He then deployed overseas to Afghanistan to serve in Operation Enduring Freedom.

Runkle was killed in action in May 2011 following a strike on his unit by an improvised explosive device (IED) in Kandahar Province, Afghanistan. This attack by insurgents also killed five other soldiers in the 101st Airborne Division. He was survived by both of his parents, a sister, two brothers, a maternal grandmother and a niece at the time of his death.

Runkle was remembered in a June 8, 2011, memorial service at his alma mater, Northwestern High School. His remains were then interred at Ohio Western Reserve National Cemetery in Seville, Ohio. The procession that brought him there was over four miles long and contained hundreds of people.

To post a tribute this Memorial Day for John Marshall Runkle Jr., please visit the Veterans Legacy Memorial at https://www.vlm.cem.va.gov/JOHNMARSHALLRUNKLEJR/5D3E914.