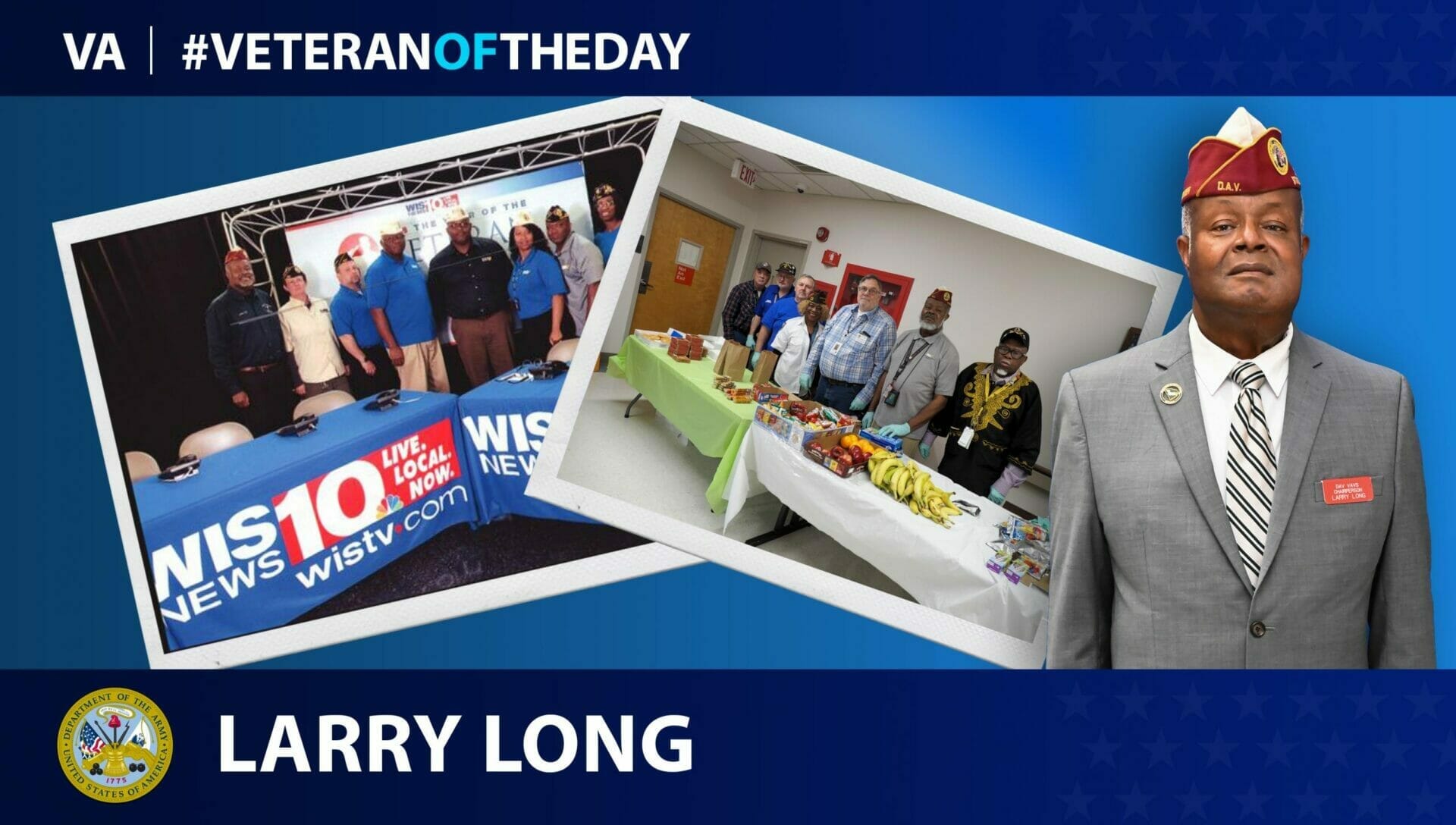 Today’s Veteran Of The Day is Army Veteran Larry Long, who served with the 3rd U.S. Infantry Regiment, the oldest active infantry regiment in the Army.

Larry Long enlisted in the Army in September 1971. After completing basic training at Fort Polk, Louisiana, Long was assigned to the 3rd U.S. Infantry Regiment at Fort Myer, Virginia. The 3rd Infantry – nicknamed “The Old Guard” – is the oldest active infantry regiment in the Army and was created in 1784, shortly after the American Revolution. This regiment performs ceremonial duties and also serves as the official escort of the president.

In 1974, Long was reassigned to West Berlin as part of the Berlin Brigade. At the time, during the Cold War, Germany was separated into eastern and western halves, with the capital city of Berlin physically divided by the Berlin Wall. West Berlin was further divided into different “sectors” under the control of America, France and Great Britain, while East Berlin was controlled by the Soviet Union. The Berlin Brigade’s mission was to protect civilians in the American sector and to conduct patrols along the Berlin Wall. Long’s unit was also charged with guarding Berlin’s Spandau Prison, which from 1966 to 1987 held only a single prisoner: Rudolf Hess, a high-ranking Nazi party official and deputy to Adolf Hitler.

After Berlin, Long was stationed in Indianapolis, where he spent three years as an Army recruiter and received the Commanding General’s Award for exceeding recruitment goals. He later served as non-commissioned officer in charge of physical testing at Fort Dix, New Jersey, and in 1984, served as a platoon sergeant at the U.S. Military Academy at West Point.

In 1989, Long was chosen to attend the Defense Equal Opportunity Management Institute at Patrick Air Force Base in Florida. He went on to serve as an equal opportunity advisor at Fort Jackson in South Carolina, where his duties were to train soldiers and monitor the equal opportunity climate at the post. In 1994, after a final assignment as a first sergeant with the 25th
Infantry Division in Hawaii, Long retired from the Army after 23 years of service.

Since his retirement, Long has been appointed chairperson of the South Carolina Disabled American Veterans (DAV) Department of Veterans Affairs Voluntary Service Program (VAVS). He has also spent several years as a volunteer for the Columbia VA Health Care System, where he delivers gifts to inpatient units and prepares gift baskets for his fellow Veterans during the Thanksgiving and Christmas holidays. More recently, Long has volunteered to support the life-saving efforts of caregivers working in coronavirus vaccination clinics.