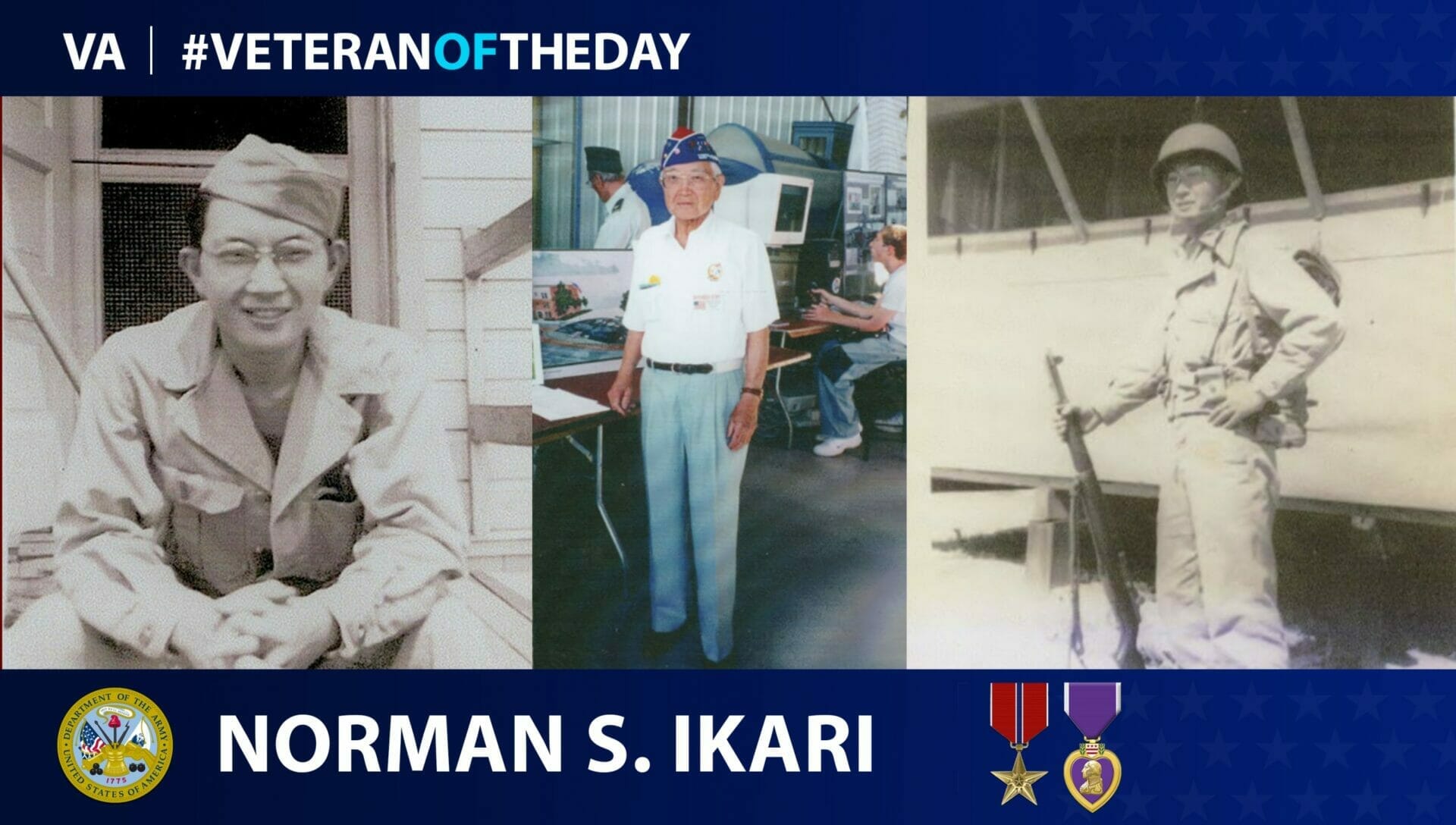 Norman S. Ikari was a Nisei – the American-born son of Japanese immigrants. The third child in a family of six, Ikari grew up in Seattle, Washington, before the family moved to Montebello, California. He excelled at his studies and graduated from high school in 1936 but could not afford to attend college. He worked at grocery stores in the Los Angeles area until learning of an employment opportunity in agriculture in Ohio. Ikari earned enough money with the job to enroll in Los Angeles City College, but during his second semester, Japan bombed Pearl Harbor in December 1941, and Ikari had to put his studies on hold. A month later, he was drafted by the Army and sent to Camp Grant, Illinois, for basic training.

While he was away, most of his family were interned under Executive Order 9066 at various internment camps in Arizona, California and Arkansas. Ikari went to see his parents after basic training and then was assigned to the Medical Detachment, Station Hospital at Camp Grant. “I was bored, though I really should have had no complaints,” he recalled in 2007. “I had a good job. I was learning useful skills. But I felt like I was out of things.”

According to his memoir, in November 1943, he requested to be transferred to the newly formed 442nd Regimental Combat Team, which was composed of Japanese American volunteers from the internment camps, Hawaii and states outside of the West Coast exclusion zone. After completing training in spring of 1944, the 442nd Regimental Combat Team deployed to Europe and joined the 100th Infantry Division in Italy in June.

During a mission in mid-July, Ikari was wounded in both legs and sent to a hospital in Naples to recover. But the injuries were deemed too severe for him to return to frontline duty. After recovering, Ikari was assigned to the 15th Medical General Laboratory before later returning to the U.S., where he remained until Japan’s surrender in August 1945. He was honorably discharged from the Army in October. For his service, Ikari received a Bronze Star and a Purple Heart.

After the war, Ikari returned to his studies at Los Angeles City College and majored in bacteriology. He received a bachelor’s degree from the University of California at Los Angeles and then worked for the Los Angeles City Health Department. He later transferred to the McGuire Veterans Administration Hospital in Richmond, Virginia, where he served as a medical technologist. After receiving his master’s and doctoral degrees from George Washington University and Georgetown University, respectively, Ikari served in various roles at the National Institute of Health until his retirement in 1980. In his retirement, he was active in the Japanese American Veterans Association and frequently gave interviews about his service.

Ikari died in December 2018 at the age of 99. He was interred at Arlington National Cemetery in Arlington, Virginia.