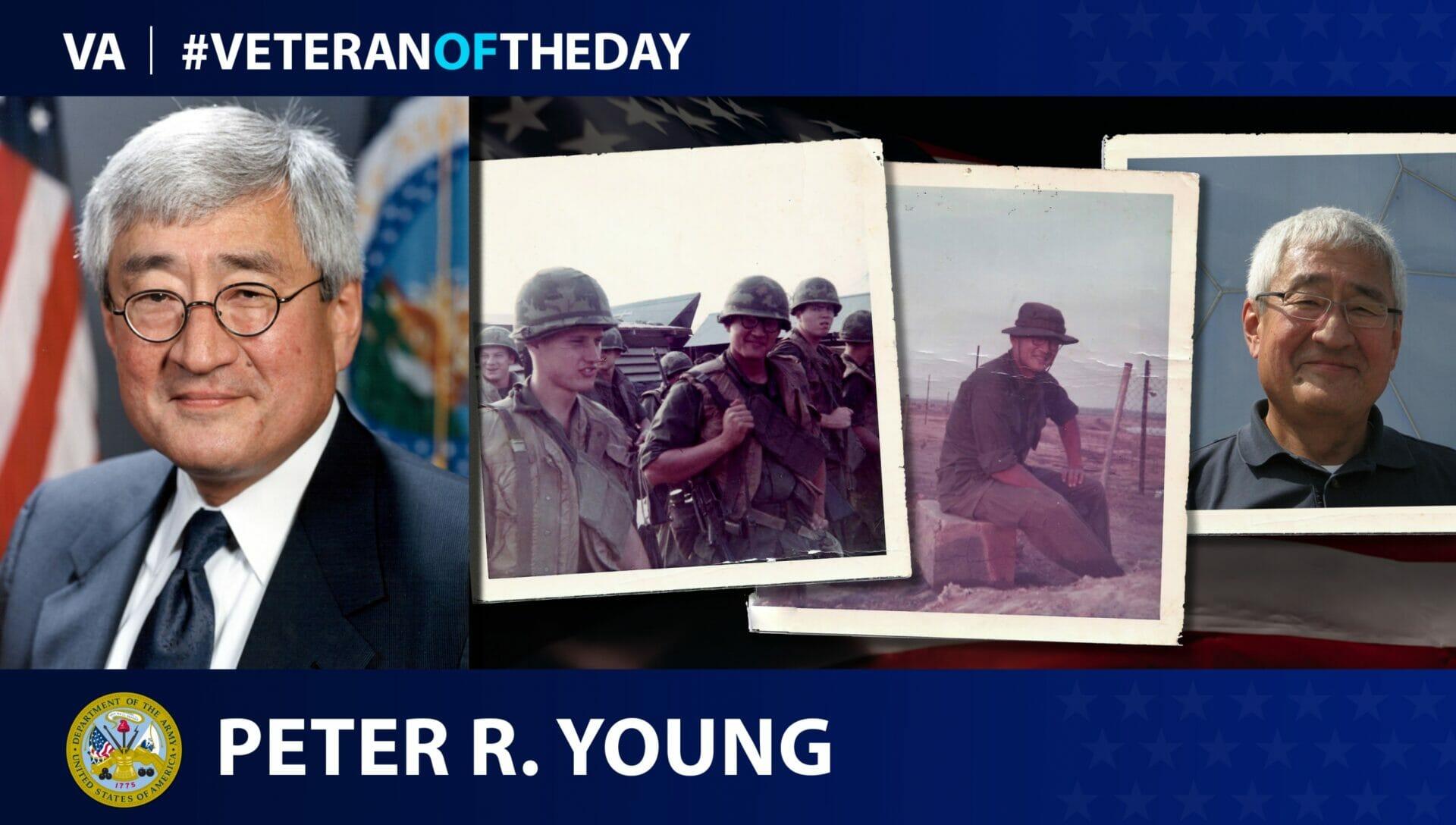 Today’s #VeteranOfTheDay is Army Veteran Peter Young, who served as a film library specialist and later worked for the Library of Congress.

Peter Young was born in Washington, D.C., in August 1944 to a Chinese father and a Scottish-Irish mother. He graduated from the College of Wooster in 1966 with a philosophy degree and received a master of science in library science from Columbia University’s School of Library in June 1968. That summer, the Army drafted him. Initially, Young was reluctant to join and considered leaving for Canada, but he ultimately decided to stay and serve.

“I had recognition that I was really an American,” he said during an interview for the Library of Congress’ Veterans History Project. “And if my father had come to this country… if he came from China on the faith that this country would offer opportunities, then I needed to think twice before leaving.”

In September 1968, Young completed basic training at Fort Bragg, North Carolina. Later, he went to Fort Dix, New Jersey, for on-the-job training as a film library specialist. He then went to Fort Sam Houston in San Antonio, Texas, to work in audiovisual services for the Medical Services Officer Corps Training Program at Brooke Army Medical Center. While at Fort Sam Houston, Young learned that he would go to Vietnam.

Young served with the 25th Infantry Division and arrived in Cu Chi, Vietnam, in November 1969. He worked on guard duty for two weeks before one of his superiors reassigned him to run Special Services Trailer Library 32. The library contained 5,000 volumes, paperbacks, a reference collection, equipment for tape recording and air conditioning. This made it a popular spot, as it was a quiet location where soldiers could relax, take naps and read. Young oversaw the library for the remainder of his service.

In the Veterans History Project interview, Young also emphasized the importance of maintaining communication with his loved ones back in the U.S. He described how hearing from their loved ones motivated soldiers to keep fighting.

Young returned to the U.S. in September 1970. He arrived at McGuire Air Force Base in New Jersey and discharged. Young continued working in the same field in which he had served and eventually became chief of the Asian Division at the Library of Congress in 2008. While working in the Asian Division, Young gained a deeper understanding of Vietnam. In his Veterans History Project interview, he described how his position helped him to recognize the Vietnamese people’s “legitimate history, culture, understanding and intelligence.”

Young currently serves as the senior advisor to the Library of Congress’ Kluge Center.