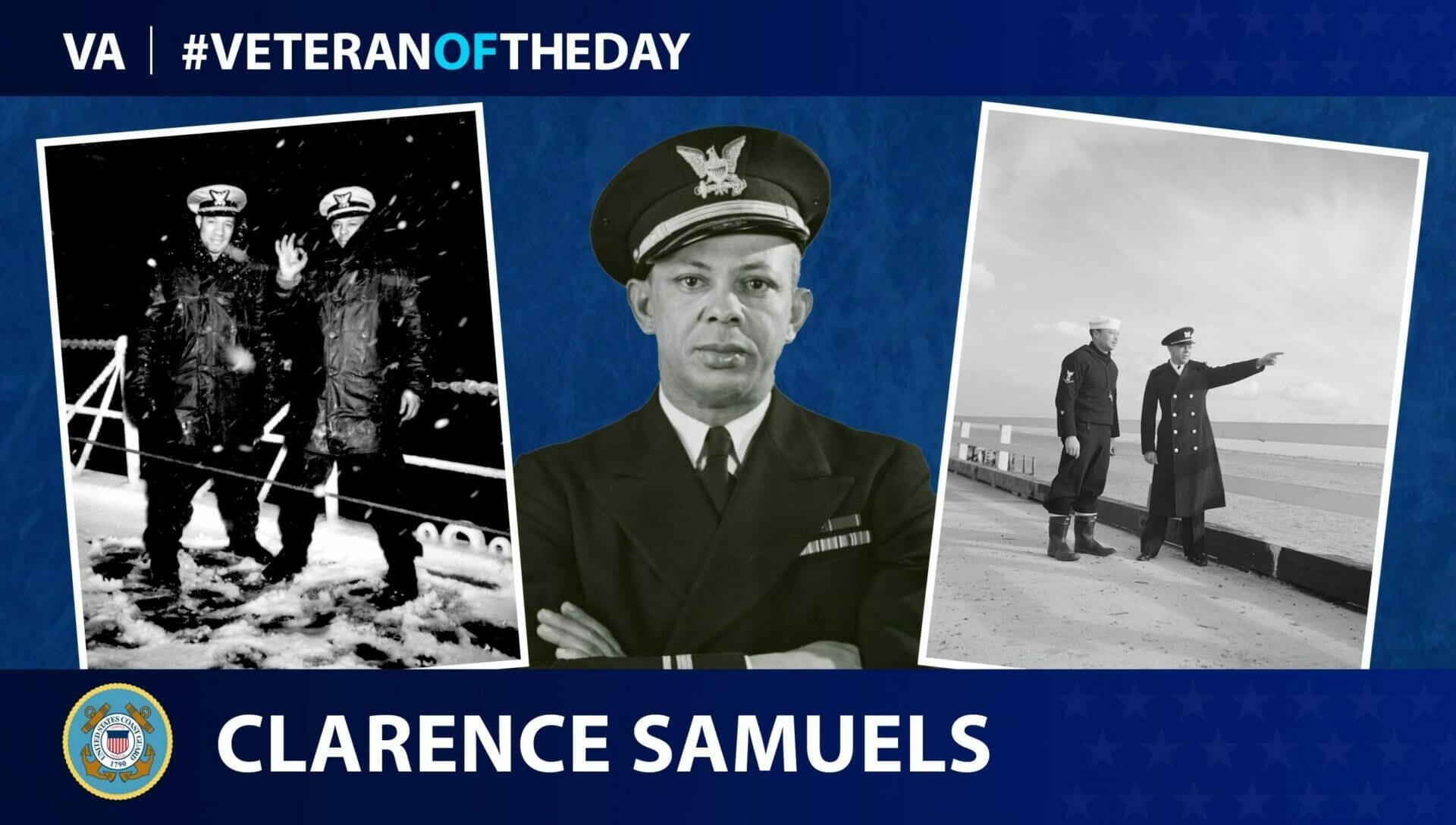 Chief Petty Officer Clarence Lorenzo Samuels was born in June 1900 in Bohio, Panama. He made history in several roles he held during his time in the Coast Guard.

In 1920, Samuels immigrated to the United States. On July 16, 1920, he was sworn in as a seaman second class while aboard USCGC Earp at Balboa Canal Zone. Although he was Hispanic, the intake documents only had classifications of white or Black, so Samuels was categorized as Black. As a person of color, Samuels was initiated into messman duty in February 1921.

Samuels spent his first decade in the Coast Guard at sea, aboard USCGC Earp, Swift, Shawnee, Mojave and Argus. During this time, he became a naturalized citizen of the United States on July 21, 1923.

In January 1928, Samuels was assigned to Section Base Four for six months before assuming command of Coast Guard Patrol Boat AB-15 operating out of Savannah, Georgia, becoming the first person of color to command a U.S government vessel since Michael Healy. After nine years in the Coast Guard, on Oct. 10, 1929, he received the rank of chief quartermaster. He was the first person of color to become a chief petty officer in the Coast Guard.

Samuels spent his second decade in the Coast Guard on land. For five years, on the Outer Banks of North Carolina, he served at Pea Island Coast Guard Station, a lifeboat station manned entirely by people of color. In June 1933, Samuels received the rank of boatswain’s mate first class (lifesaving).

From mid-1935 to late 1937, Samuels served as the Coast Guard commandant’s personal driver, moving around through stations. He was promoted to boatswain’s mate first class in May 1936.

On May 12, 1939, Samuels was appointed as an acting chief photographer’s mate; the position became permanent exactly one year later. He was the first person of color and second person overall to be a photographer in the Coast Guard. In September 1942, Samuels became a warrant officer and transferred to the Coast Guard Training Station in Manhattan Beach, Brooklyn, New York, where he served as the director of visual signaling for recruits.

In August 1943, Samuels was commissioned a lieutenant junior grade and started an assignment aboard Coast Guard-manned USS Sea Cloud, which was operating as a weather station in the North Atlantic. From September 1943 to July 1944, he served as the damage control officer on the ship. During this time, he attended the Damage Control and Fire Fighting School at the Fort McHenry Training Station for a month.

In June 1946, Samuels’ rank was reduced to chief photographer’s mate. It was not uncommon for ranks to be reduced after wartime. At the same time, he was temporarily appointed as chief boatswain’s mate aboard the buoy tender TULIP at Manila, Luzon Island, Philippine Islands.

On Sept. 1, 1947, after over 27 years of service, Samuels retired from the Coast Guard. During his time in service, he received an American Defense Service Medal, an American Campaign Medal and a World War II Victory Medal.