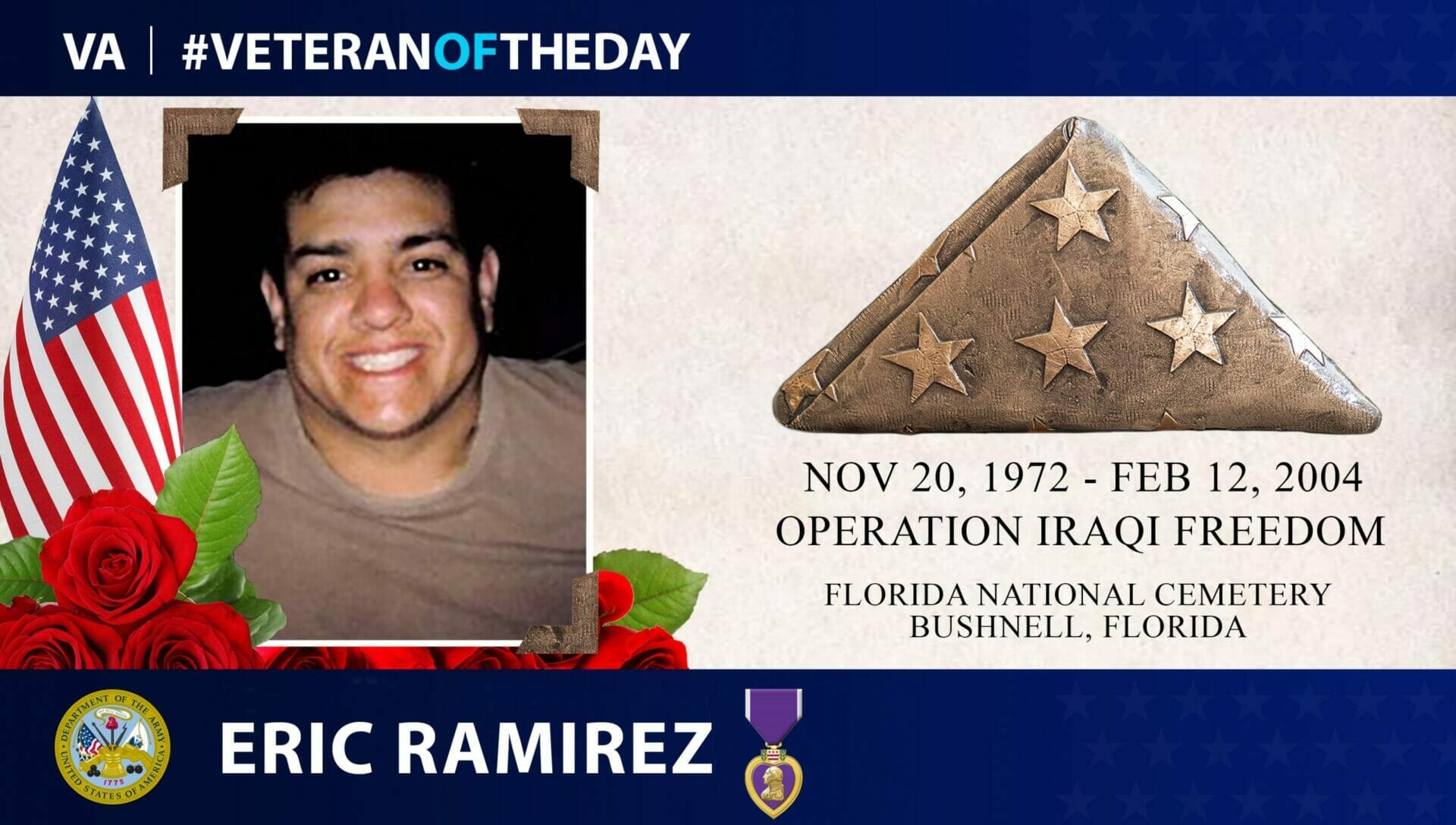 Eric Ulysses Ramirez was born in Greensboro, North Carolina, in November 1972. His family were farm workers who had emigrated from Mexico; they moved to Florida in 1973. Ramirez attended Mount Dora High School, where he played several sports, including football, baseball and soccer. He graduated in 1991 and later served in the Navy. Afterward, he moved to San Diego and joined the California National Guard. Ramirez intended to use his military experience as preparation for a law enforcement career, and his tour of duty in the National Guard was due to end in 2001; however, after the 9/11 terror attacks, his term of service was extended.

In 2003, while working as a deputy for the San Diego County Sheriff’s Department, Ramirez was recalled to active duty. He deployed to Iraq as part of Operation Iraqi Freedom, where he served with the National Guard’s 670th Military Police Company.

In the early morning hours of Feb. 12, 2004, while on patrol near Abu Ghraib prison, west of Baghdad, Ramirez’s unit came under enemy fire. The attackers used a combination of small arms fire, rocket-propelled grenades and homemade explosives. Ramirez was killed in the ambush, six weeks before he was scheduled to return home. His family expressed support for his decision to join the military.

“He loved his country,” said Ramirez’s father, Felix. “Our whole family is very patriotic. We all love this country.”

Ramirez is interred at Florida National Cemetery in Bushnell. At the time of his death, he was 31 years old.

To post a tribute this Memorial Day for Eric Ramirez, please visit the Veterans Legacy Memorial at https://www.vlm.cem.va.gov/ERICURAMIREZ/7142CAB.