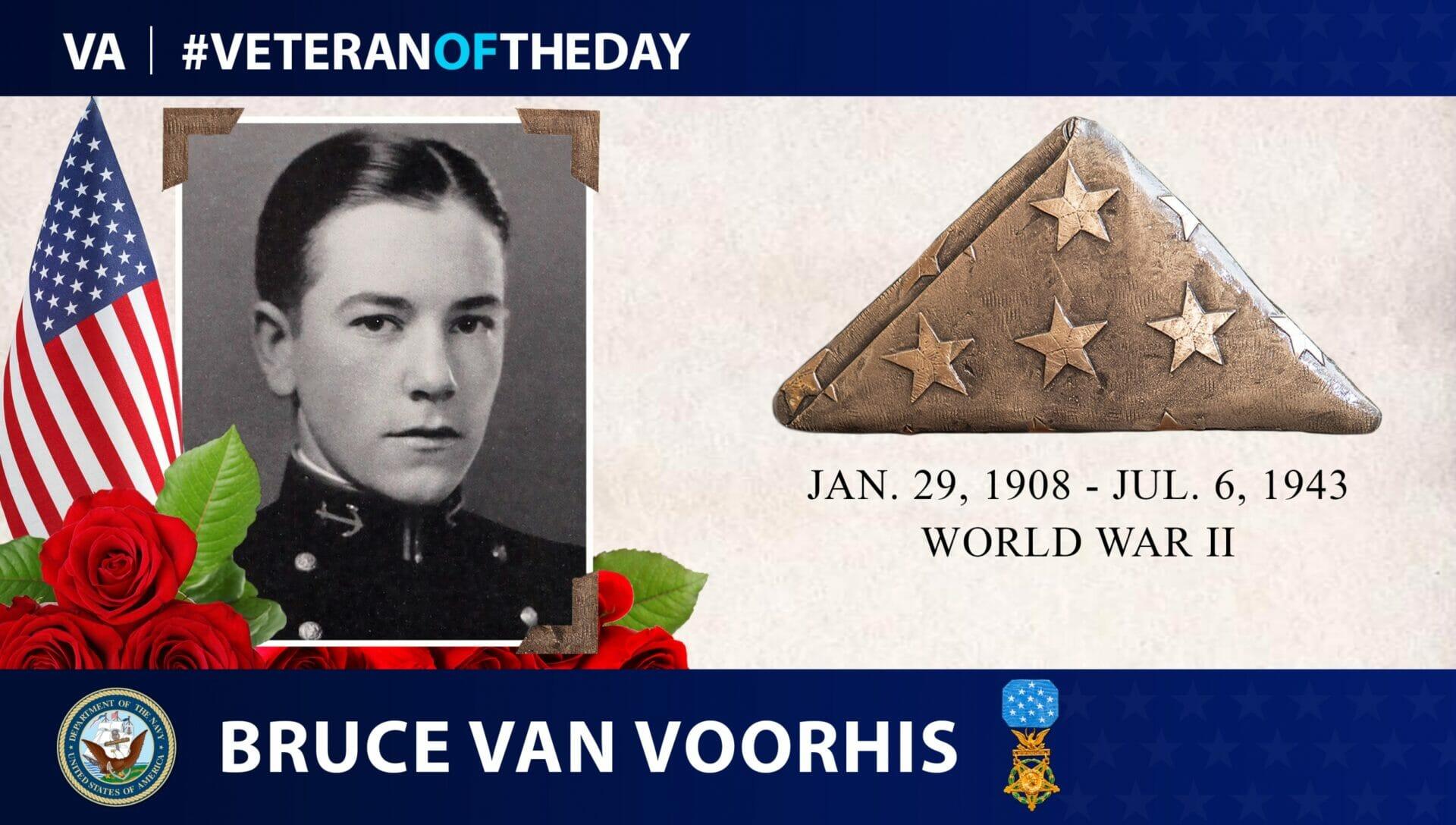 Bruce Avery Van Voorhis was born in January 1908 in Aberdeen, Washington. When he was still young, his family moved to Fallon, Nevada, where Van Voorhis graduated from Churchill County High School in 1924. In 1925, he was appointed to the U.S. Naval Academy, receiving his commission in 1929. His first posting was onboard USS Mississippi, where he stayed for a year before transferring to the Naval Air Station in Pensacola, Florida, to begin aviation training.

Van Voorhis received his wings in September 1931. He then reported aboard USS Maryland as a member of Observation Squadron 4B. In 1934, Van Voorhis, now a lieutenant junior grade, was transferred to USS Ranger to join Bombing Squadron 5B. He also served aboard USS Saratoga as a member of Bombing Squadron 2B. In 1935, he reported to Patrol Squadron 4F in the Panama Canal Zone where he served for two years and then joined Scouting Squadron 6 aboard USS Enterprise. While serving aboard USS Enterprise, he was promoted to the rank of lieutenant. In 1940, he was stationed aboard USS Honolulu for a year, and then relocated to the Naval Air Station in Anacostia in Washington, D.C., where he was promoted to lieutenant commander. Van Voorhis was transferred to Hawaii in 1943 as commander of Patrol Squadron 14.

In July 1943, during the Battle of the Solomon Islands, while serving as squadron commander of Bombing Squadron 102 and personally flying a PB4Y-1 Patrol Bomber over Greenwich Island, Van Voorhis’s plane crashed. He had volunteered to destroy enemy ground defenses and installations on a solo mission and was successful in destroying an enemy radio station and several anti-aircraft installations. Unfortunately, due to intense enemy fire, he was forced to reduce the altitude of his aircraft, resulting in a fatal plane crash.

Van Voorhis posthumously received a Medal of Honor and was promoted to the rank of commander for his actions above Greenwich Island. The medal was awarded to his widow by the Secretary of the Navy James Forrestal in Washington, D.C. Van Voorhis is buried at Jefferson Barracks National Cemetery in St. Louis, Missouri. He also has a memorial marker at Arlington National Cemetery. In 1958, the city of Fallon, Nevada, renamed its airfield after Van Voorhis.