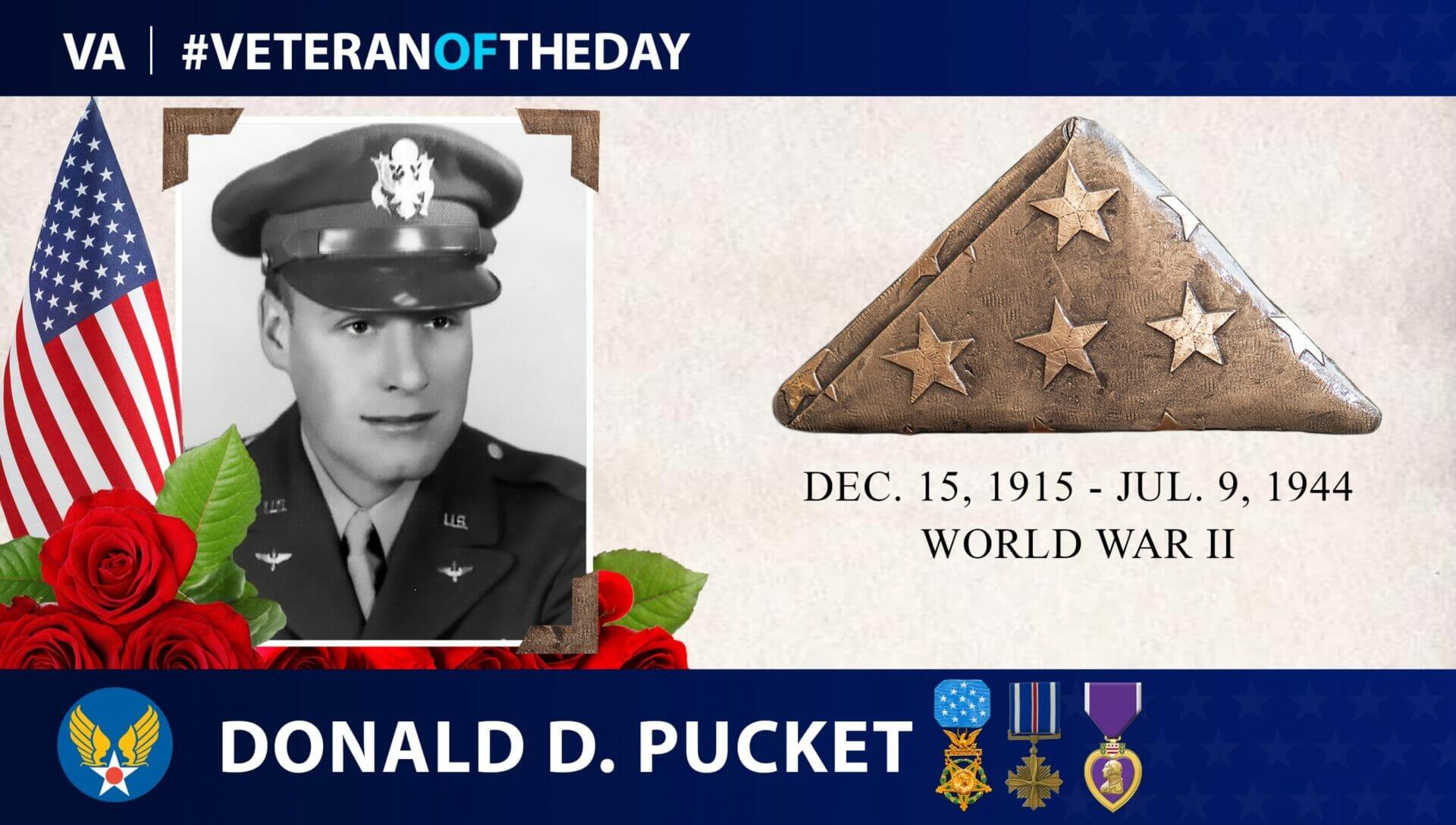 Donald D. Pucket was an Army Air Corps B-24 bomber pilot who earned a Medal of Honor, a Distinguished Flying Cross, a Purple Heart and a Presidential Unit Citation, among other decorations, for his self-sacrifice and courage in combat.

Pucket was born in Longmont, Colorado, and he enlisted in the Army Air Corps in Denver in November 1942. He trained to be a pilot in Muskogee, Oklahoma; Strother Army Air Field, Kansas; and Altus, Oklahoma. He graduated from advanced two-engine school in October 1943 and was commissioned a second lieutenant by the Army Air Corps.

Pucket took part in his last combat action in Ploesti, Romania, in July 1944, where he ultimately lost his life. His Medal of Honor citation states that, while “he took part in a highly effective attack against vital oil installations” in Ploesti, attacks from anti-aircraft guns left his aircraft badly damaged, six fellow crew members wounded and one crew member killed. Despite the injuries to his crew and the critical damages to the aircraft, which included “the controls cables cut, the oxygen system on fire, and the bomb bay flooded with gas and hydraulic fluid,” he “calmed the crew, administered first aid, and surveyed the damage.” Three of Pucket’s crew members refused to jump from the aircraft when he advised them to do so. Despite his best efforts to control the aircraft and save the lives of his fellow crew members, Pucket’s plane crashed into the mountainside, killing all on board.

Pucket’s Medal of Honor was awarded in June 1945 as a result of his efforts to save the lives of as many of his fellow crew members as possible. His remains are now buried at Jefferson Barracks National Cemetery in St. Louis, Missouri.