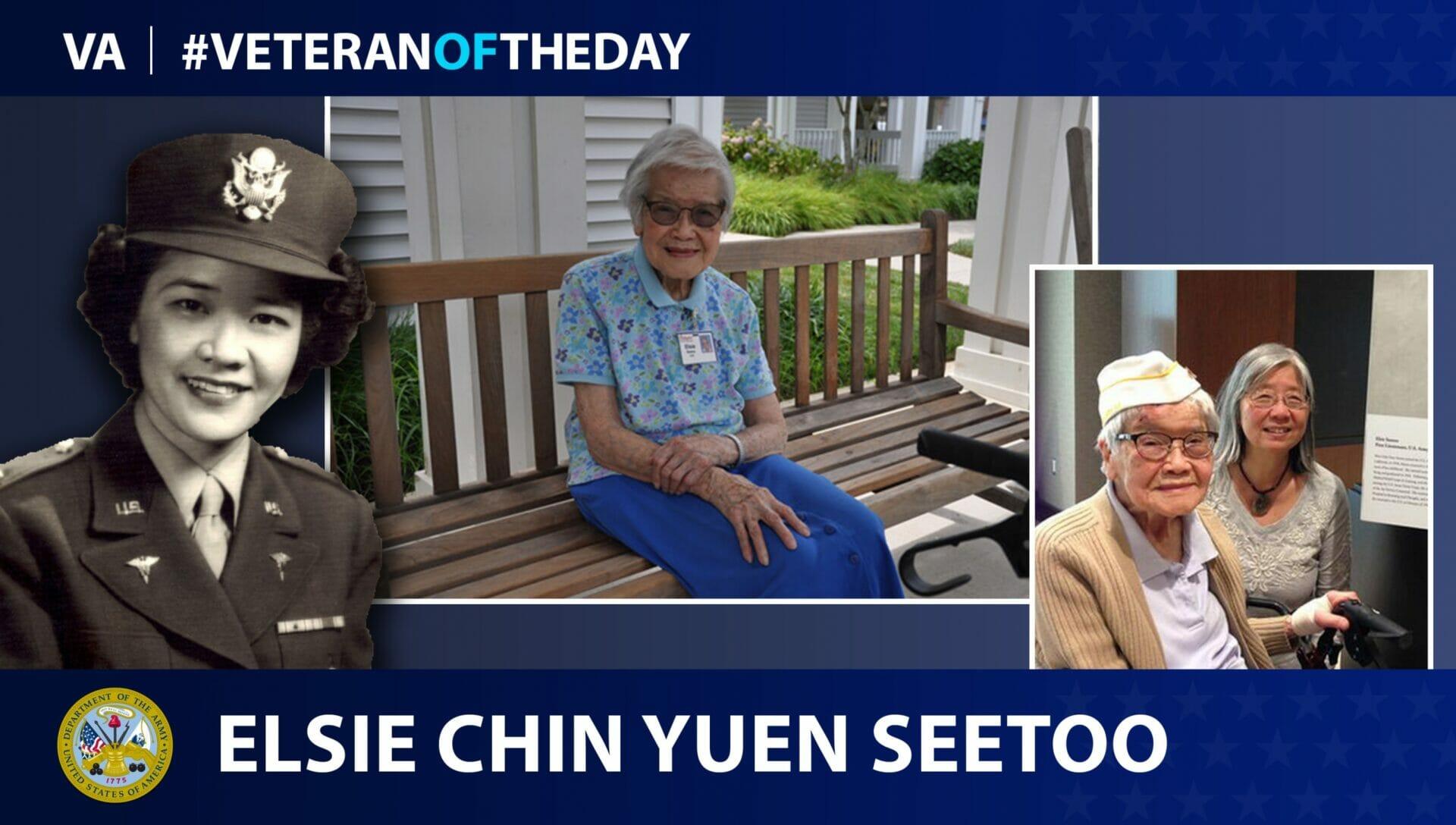 Seetoo was born in Stockton, California, in 1918. When she was 12 years old, her father closed his grocery store due to constraints from the Great Depression and moved the family to Xinhui in the Guangong Province in China.

In October 1938, she started nursing training at Queen Mary Hospital in Hong Kong. After the Japanese invasion of Hong Kong, Seetoo joined the Chinese Red Cross Medical Relief Corps in Guiyang; she spent eight months there before leaving to serve in India. She returned to China in 1943 and was stationed in Kunming in China’s southern Yunnan Province where she continued her medical training.

In 1944, Seetoo joined the U.S. Army Nurse Corps and was commissioned as a first lieutenant. She was first assigned to the 14th Air Force as a member of the Air Service Command. She was then assigned to the 95th Station Hospital Kunming and Chengdu. In 1945, she was stationed with the 172nd General Hospital in Shanghai and continued serving there until the end of World War II. She returned to the United States in February 1946 and was discharged from the Army.

After the war, Seetoo used the G.I, Bill to attend the Women’s College of the University of North Carolina in Greensboro. There she received her bachelor’s degree in nursing. She married Joseph Yuen, and they raised their family in Washington, D.C. She became a translator, working to translate Chinese medical literature into English and later worked as a technical publications writer and editor for the Naval Medical Center and the National Institutes of Health. She retired in the mid-1980s. Seetoo has four children, seven grandchildren and eight great-grandchildren.