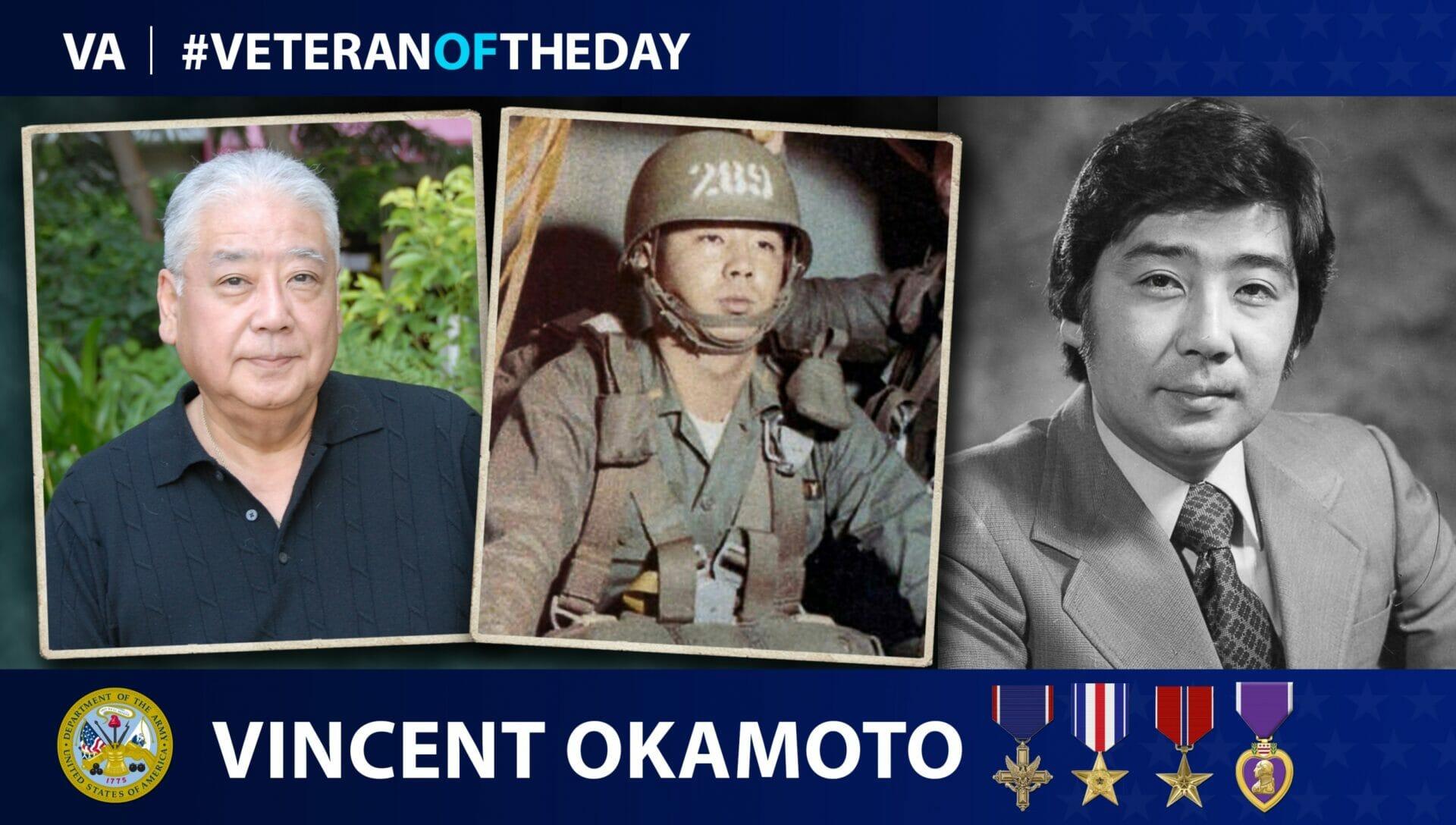 Today’s #VeteranOfTheDay is Army Veteran Vincent Okamoto, who was the highest-decorated surviving Japanese-American Veteran of the Vietnam War.

Vincent Okamoto was born in November 1943 at the Poston relocation camp in Arizona, where his family was interred. After their release, his family moved to Chicago before eventually settling in California.

Okamoto attended the University of Southern California (USC) on scholarship to pursue a bachelor’s degree in international relations. While at USC, he joined the University of California at Los Angeles (UCLA) Reserve Officers’ Training Corps (ROTC). He was the first non-UCLA student to join the program and was commissioned as a second lieutenant. After graduation, he attended ranger school.

In 1968, Okamoto became the intelligence-liaison officer for the Phoenix Program. He was attached to Company B of the 2nd Battalion, 25th Infantry Division, 27th Infantry Regiment.

In August 1968, Okamoto was the platoon leader of an infantry unit near Dầu Tiếng in Vietnam. One night, a ground attack was launched by the People’s Army of Vietnam and Viet Cong forces near Okamoto’s battalion. The Americans’ perimeter was compromised, and, in response, Okamoto led five of his men to restore it.

Under heavy fire, Okamoto manned a machine gun on a partially destroyed personnel carrier before running through enemy fire to a second and third carrier when each gun ran out of ammunition. Despite being injured by a concussion grenade, Okamoto kept fighting until the battle was over. He was assigned to the Berlin Brigade for the rest of the war.

Okamoto was the highest-decorated living Japanese American Veteran of the Vietnam War. He received a Distinguished Service Cross, a Silver Star, a Bronze Star, three Purple Hearts and a Vietnamese Cross of Gallantry. Additionally, he was inducted into the Ranger Hall of Fame in September 2007 as only the fourth Japanese-American to be inducted.

Okamoto died in September 2020 and is buried at Green Hills Cemetery in Rancho Palos Verdes, California.